Home » Hip Hop News » 21 Savage wilds out, on IG Live, singing all of the R&B classics, OFF KEY, but Twitter is all for it, protecting 21 at all costs! [VIDEO] 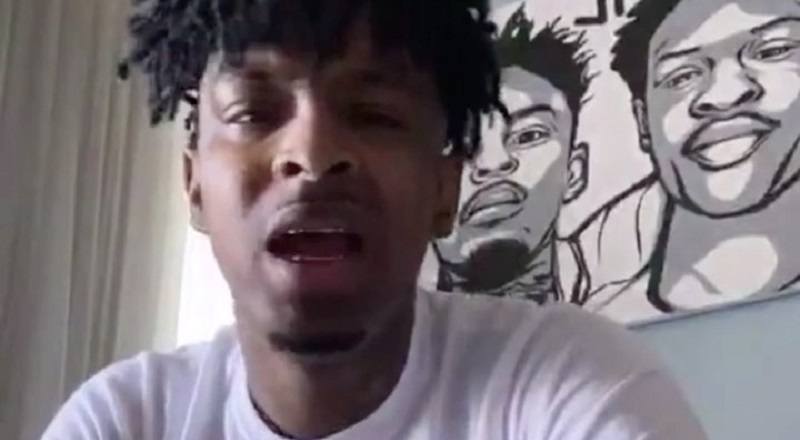 Just when people were asking where 21 Savage was, here he is. After dominating early 2019, 21 Savage has kept a low profile. Right when he began his ascent, he was picked up by ICE, when it was discovered that 21 is actually from London, and not Atlanta.

21 Savage has continued doing his thing, as his “A Lot” single, featuring J. Cole, dominated radio. Following that, however, he kept out of the spotlight. The whole world has changed, since all of that, and most states are ordering people to stay home.

This has led to all kinds of weird social media activities from most people, all highly entertaining. But, 21 Savage may have actually taken the cake with this one. Making up for the lost time, 21 Savage is singing all of the R&B classics and giving Twitter the laugh it’s needed.

More in Hip Hop News
REFORM Alliance, Which Meek Mill and Jay Z Co-founded, Donated 100,000 Masks To Prisons To Help Prevent Inmates From Being Infected By COVID-19
Kodak Black Takes Shots at NBA Youngboy Again After Saying Youngboy Cooperated With Police For Case Where Yaya Mayweather Stabbed Youngboy’s Baby Mama – “You Really Wanna Be Like Me”