Home » Hip Hop News » 24hrs Puts Apex Martin On Blast, Says Mike Dean Refuses To Work With Him and That He Let Him Stay On His Couch; Apex Accuses 24hrs Of Bad Business and Clout Chasing [PHOTO] 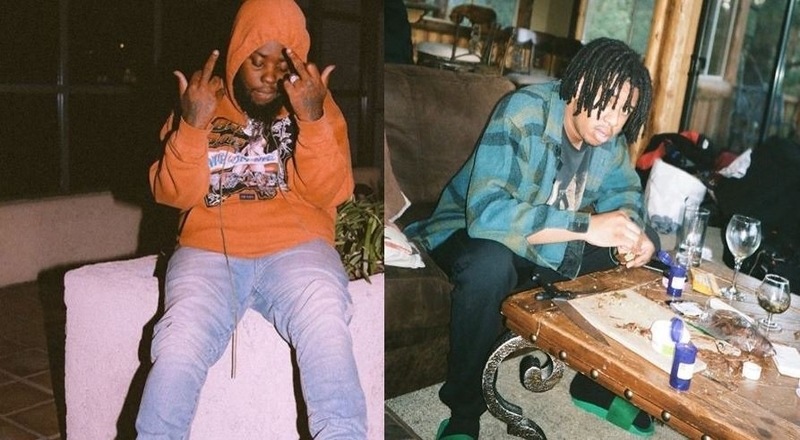 24hrs and Apex Martin let the chopper spray all night on Twitter. Both are accusing each other of being extremely unprofessional and stabbing each other in the back

24hrs is now pulling receipts as he says producer Mike Dean wants nothing do to with Apex regarding collaborating together. When 24hrs went to get a song mixed by Dean and found out that Apex produced it, Dean didn’t want to touch the song as he allegedly said “I hate this kid.” 24hrs also said how he always let Apex stay at his house.

Apex is saying 24hrs was the unprofessional one. He also added that 24hrs kicked him out while he was staying with him. Apex also said dealing with 24hrs is “funny business.” He’s also wondering how 24hrs’ Instagram followers are going up but his Spotify listens are plummeting.

Check out all the tweets from the 24hrs-Apex Martin beef below.

More in Hip Hop News
6ix9ine Trolls YG Crashing Into Someone’s Backyard By Saying He Got The Wrong Address To Find Him [PHOTO]
Tamar Braxton shows off her new man, poolside, but defends Vince, when a fan comes for him with a fat joke, saying “Don’t shame that man like that please” [VIDEO]