Home » Articles » 252 Lico is putting Pamlico, NC on the map, along with the whole 252, and he’s gone on an incredible journey, amassing millions of views on his videos, after early dreams included going to the NBA, to make it all happen 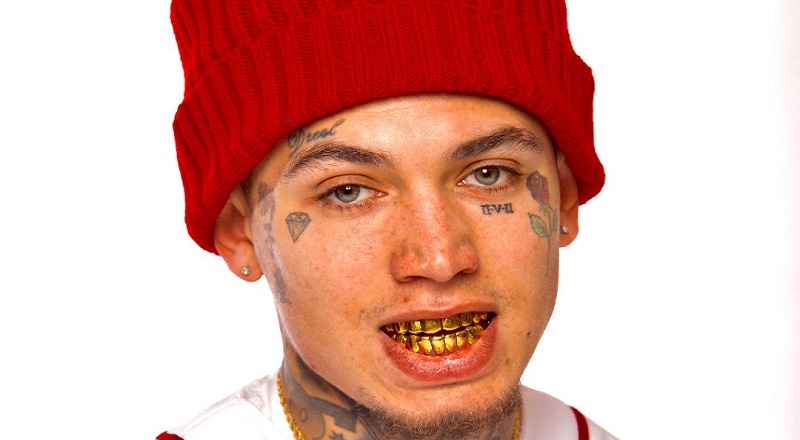 The town of Pamlico, North Carolina is hardly ever mentioned outside of Eastern North Carolina local news. So, when people think of this town, a rap scene is the last thing on their minds. But, Pamlico is on the map, in a big way.

252 Lico is blowing up, right now, and few people likely even understand his name. Representing Pamlico, 252 is the area code, so the 252 Lico name is a play on Pamlico. His every move, literally, puts his town on.

Born in New Bern, North Carolina, 252 Lico was born Damian Joseph Norman, at Carolina East Medical Center to Myra Stokes and Joseph Norman. Growing up in Pamlico, after graduating high school, a young Lico soon found himself on the wrong side of the law. He would wind up incarcerated at the Craven and Pamlico County Correctional Facilities, respectively.

After being in prison for a year, following a long list of charges, including Felony Forgery, Common Law Uttering, Property by False Pretense, Breaking & Entering, and many others, he began making attempts to change. A year later, one more felony charge, illegal possession of mushrooms, was enough for him to commit to the changes. He served five years probation and then began to focus on music.

Initially, 252 Lico was known as Dreel, when he began rapping, in high school. In 2017, his focus really turned to doing music, on a professional level. Putting himself on the map, with the Carolina Kush mixtape series, 252 Lico had the singles, “Lately,” “Since 92,” and “Livin,” catching the attention of then-rising rapper, Baby Jesus, now known as DaBaby. Lico went to Charlotte and created the “Just Want” record, with Baby.

252 Lico would soon catch the attention of Project Pat, leading to their collaboration on the single, “Yeah Hoe.” Much of this was a far cry from 252 Lico’s childhood ambitions, which included playing in the NBA, and he ended up taking a break from music to focus on sports. This span of time saw him training at the Don Turner Boxing Gym, in Arapahoe, North Carolina, where Evander Holyfield also trained.

Being in the gym inspired 252 Lico’s next record, “How Many,” for which the video was shot in that same gym. Another hiatus led to a career decision, that helped create the 252 Lico that people know and love, and this decision was to change his stage name from “Dreel” to the current “252 Lico.” November 2019 saw him drop “Catch A Case,” featuring Clatt, and that record did over 100,000 views.

After cracking 100,000 views, on “Catch A Case,” 252 Lico dropped his Who Want It project, which has amassed 50,000 Spotify streams, and counting. Later, he followed this with the release of his single, “Huntin,” with Setitoff83, featuring Clatt, which would cross 150,000 views. This is when 252 Lico saw things really change for him, going viral on TikTok, getting verified on Instagram, and doing a video with popular comedian, I’m Tyrone, which has also crossed 100,000 views.

Currently 252 Lico is establishing himself as the first rapper from Pamlico, North Carolina, and even the first celebrity from the town. Most recently, 252 Lico dropped his self-titled project, 252 Lico: The Album, which has singles blowing up, and he has a collaboration with DJ Scream to his name, as well. With so much going on, 252 Lico is the Eastern North Carolina rap star.

More in Articles
Casanova Was Reportedly Denied $2.5 Million Motion For Bond in Gang-Related Federal Racketeering Case
Chris Tucker Explains How He Accepted $10,000 For Role on ‘Friday;’ Was Focused on The Opportunity and Loved That It Was a Small Film [VIDEO]