Home » Hip Hop News » ScHoolboy Q talks not censoring things for his daughter, Nas calling him the best out, and new album on “The Breakfast Club” [VIDEO] 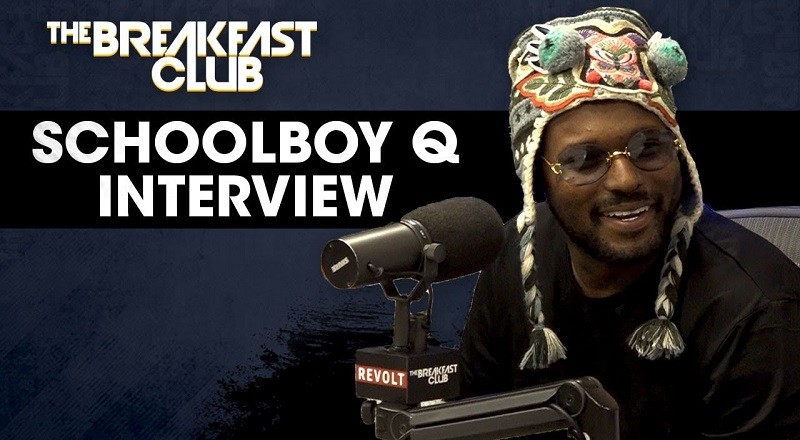 In 2011, Kendrick Lamar took over the underground, and became everybody’s favorite. Co-signs from Game and Snoop Dogg led him directly to Dr. Dre, and him on the Aftermath roster. Already a TDE member, that helped the label get a deal with Interscope.

By 2012, Kendrick Lamar was the biggest rapper on the planet, and the underground was stanning for ScHoolboy Q. Commercially, he didn’t perform the same as Kendrick, though. Instead, he would have his lone radio hit, “Studio,” in 2014.

ScHoolboy Q has continued to dominate the underground, however, and anticipation is always high for his music. Recently, he appeared on “The Breakfast Club,” where he, DJ Envy, Angela Yee, and Charlamagne Tha God spoke about his new music, Nas, his daughter, and more.