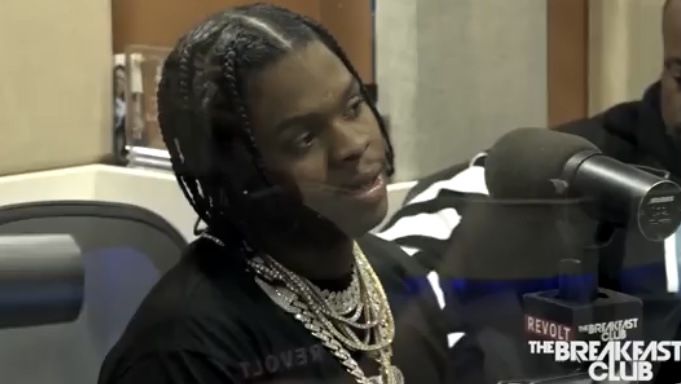 Last week, 42 Dugg released his new “Free Dem Boyz” album. This project contained 19 tracks and features from Roddy Ricch, Lil Baby, and more. The lead singles were “Free Me” and “4 Da Gang” feat. Roddy. This comes after releasing a highly successful “Young & Turnt 2” mixtape in 2020 and taking off as a breakout artist after appearing on Lil Baby’s “We Paid” single.

The Detroit rapper also made noise for his “Maybach” song feat. Future. There, Future went viral after dissing his ex-girlfriend, Lori Harvey. During his verse, he said “Tell Steve Harvey I don’t want her.” Steve is Lori’s stepfather.

Dugg recently appeared on The Breakfast Club and explain how he was all for Future’s verse. He even encouraged Future to say it twice.

“I wanted him to say that shit two more times. See if he could say it right here, you know what I’m sayin’?”

Future and Lori had began dating in late 2019 and went on through the end of the summer of 2020. They took plenty of trips together such as to Lagos, Abu Dhabi, and Montego Bay. Currently, Future is dating Dess Dior and Lori is with Michael B. Jordan.

Future definitely got Dugg a lot of streams here. Nonetheless though, Dugg still had a very solid project overall. Check out his interview on The Breakfast Club below.