Home » Hip Hop News » 42 Dugg Denies Saying “I Was Out Here Sucking D*ck, I Was Tryna Pay The Rent” in Unreleased Song – “Y’all N*ggas Stop Playing With Me Tryna Get Y’all Followers Up” [VIDEO] 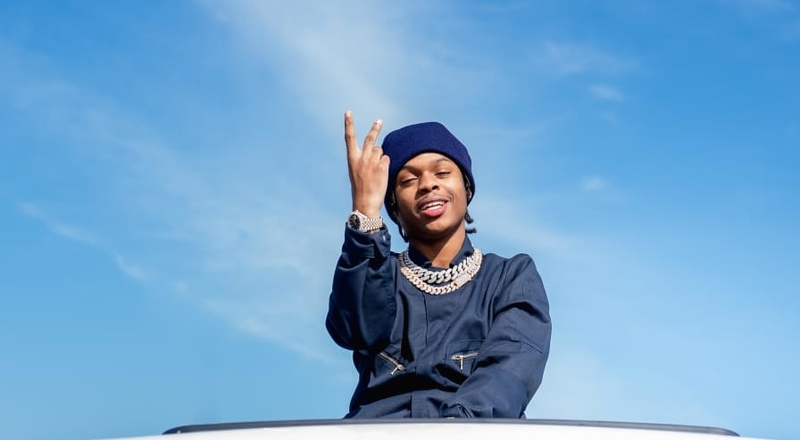 42 Dugg had Twitter off the chain on Tuesday night as he was previewing a new song that he may be putting out soon. Everyone thought that the lyric he said was “I was out here sucking d*ck, I was tryna pay the rent.” Apparently, this is far from the truth as the Detroit rapper took to Twitter to address this.

He posted a screenshot of a conversation he had with someone on Instagram as he said “Y’all n*ggas stop playing with me tryna get y’all followers up.” The convo showed Dugg telling someone to take the video down as he said everyone knows he didn’t “say no s*it like that.”

The user admitted that he tried to go viral with the video, which seems to make it seem that Dugg said the original video. He kept defending himself by saying he f*cks with Dugg and doesn’t want to mess up his name. Dugg supposedly originally said “H*es out here sucking d*ck I was just tryna pay rent.”

Check out Dugg addressing the claims about the lyric on Twitter along with the snippet of the song below.

Did he say what it sounded like he said? 🤔 42 Dugg is trending for what fans are saying are questionable lyrics about s*ck!ng 🍆 pic.twitter.com/83IS1v4YXw

Continue Reading
You may also like...
Related Topics:42 dugg

More in Hip Hop News
Twitter Goes Wild After 42 Dugg Said “I Was Out Here Sucking D*ck, I Was Tryna Pay The Rent” in Lyric From Preview of Song [VIDEO]
Rubi Rose Made $100,000 on OnlyFans Two Days After Starting Her Account; Supposedly Finessed Everyone By Posting Content From Her Instagram Page on OF