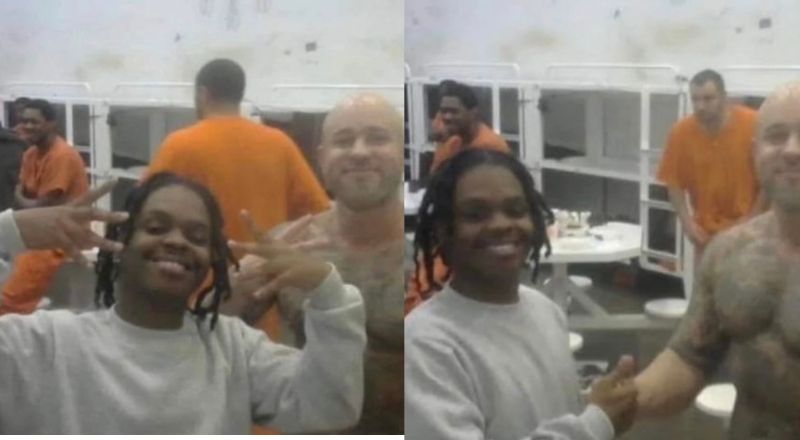 42 Dugg was arrested in May of 2022 as he returned from Memphis, Tennessee. The Detroit News reported federal agents arrested 42 Dugg for failing to surrender and to serve a six-month prison sentence. 42 Dugg has been dealing with legal troubles, for some time. However, in the photo DJ Akademiks shared, 42 Dugg is in good spirits.

42 Dugg is currently serving his time at a West Virginia federal prison camp, for an illegal firearm possession charge in March of 2020. The judge initially sentenced 42 Dugg to three years probation. However, in February of 2022 the judge revoked his probation sentencing him to 6 months in jail. 42 Dugg was sentenced to surrender to the West Virginia Prison on April 12. However, he failed to do so. Avoiding his jail sentence for the past six months 42 Dugg, could possibly face more jail time.

42 Dugg got his big break in music with his hit single “You Da One” featuring Yo Gotti from the 2019 album Young and Turnt. After reaching viral success his career flourished, working with artist like Future, Lil Baby and Roddy Ricch. In March of 2019 via Billboard, 42 Dugg officially signed to Yo Gotti’s CMG label in a joint venture with Lil Baby’s 4PF label. Gotti went on to say “I think 42 Dugg is a superstar.” Dugg was also sentenced to three years of supervised probation upon his release.