Home » Hip Hop News » 50 Cent questions The Game saying Kanye West did more for him in two weeks than Dr. Dre ever did 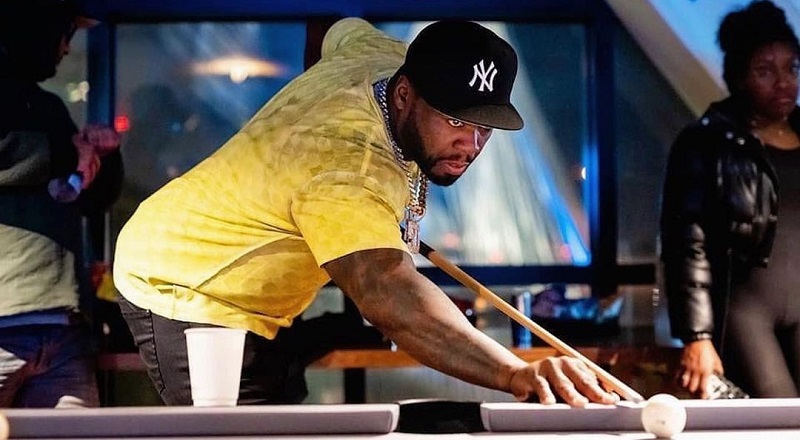 This week, Game made a lot of noise, when he spoke on his relationship with Kanye West. Though it’s often overlooked, Game has worked with Kanye West his entire career. His single, “Dreams,” was produced by Kanye West, and Game shouted him out through the song.

Years later, Game featured Kanye West on his controversial single, “Wouldn’t Get Far.” However, Game spent his career shouting out Dr. Dre. For years, Game was on Aftermath, but he was paired with 50 Cent at G-Unit. When Game and 50 Cent began beefing, Dre sided with G-Unit, leading to Game often mentioning Dre in his records.

Tomorrow, Game will appear on “Drink Champs,” and a clip has already gone viral. In this clip, Game said that Kanye West did more for him in two weeks than Dr Dre has since he first met him. Game was actually signed to Aftermath Entertainment before 50 Cent was. The label, Interscope Records, ended up placing Game in G-Unit, where he shined. But, Game and 50 Cent had a falling out, and the two always go back and forth between having beef and making amends. After hearing what Game said about Dr Dre, 50 Cent posted on IG with the caption, “say wut?”

More in Hip Hop News
YFN Lucci reportedly possessed sharp object, when he was stabbed by another armed inmate, Lucci also suffered laceration to his head
Drake requests restraining order, against woman who keeps coming to his home, and is still threatening Drake and his family members