Home » Hip Hop News » 50 Cent calls Ebro out for reading statements from the police, regarding 6ix9ine, and accusing him of helping to get Tekashi sent to jail; Ebro responds, saying he gets the info, because he works for a media company, and fans drag Ebro in his IG comments, calling him a “rat” [PHOTOS] 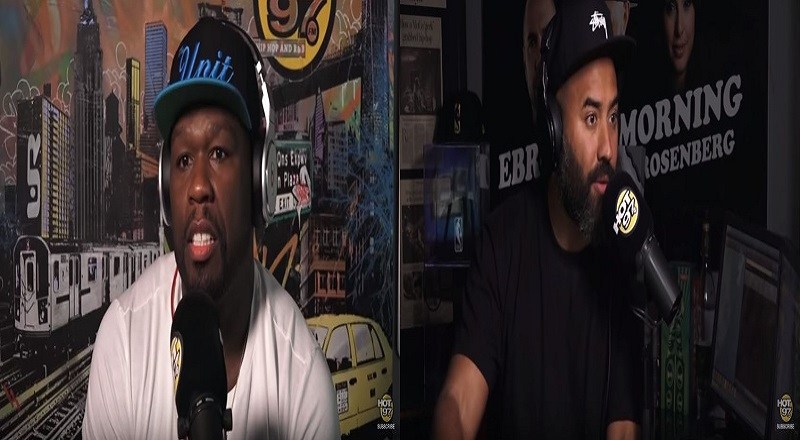 There aren’t too many people 50 Cent doesn’t have beef with. Along with nearly everybody else in NYC, 50 Cent has beef with Ebro, who used to be Hot 97’s program director. Their beef stems from Ebro banning 50 from Summer Jam.

Since Ebro has been doing the morning show, he and 50 Cent have faced off, in an interview. Although the two have played nice, they clearly have a strong dislike for each other. This afternoon, 50 Cent posted on IG how Ebro shared the details on 6ix9ine’s case.

Because of this, 50 Cent put Ebro on blast, accusing him of being the reason 6ix9ine is locked up. Quickly, Ebro fired back that he works for a media company and gets this kind of info all the time. After this, Ebro got dragged, in a big way, in his IG comments, and it’s still going down now.

More in Hip Hop News
Album Review: Yella Beezy Continues To Put Dallas On His Back To Close Out A Strong 2018 With “Ain’t No Goin’ Bacc” Project
Spice talks backlash from “Black Hypocrisy” and reveals problems with her label on Hot 97 [VIDEO]