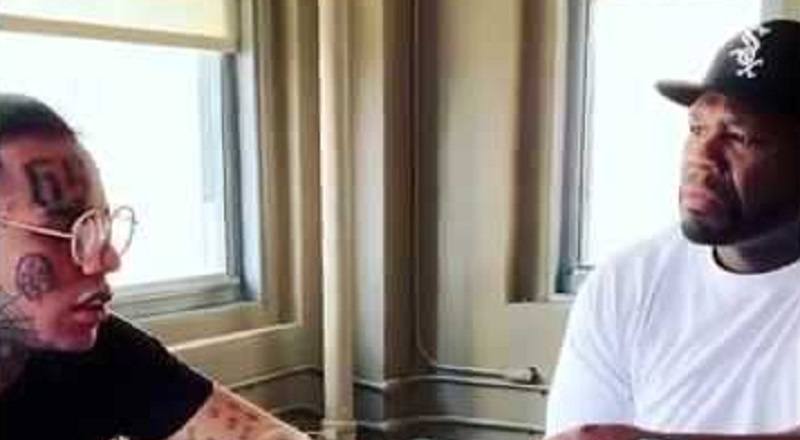 Before all the drama, 6ix9ine was looking at 50 Cent as a mentor, something he was taking on. The two were spending time together and it looked like he was soaking in game. When he spoke on 6ix9ine, Fif said he saw 6ix9ine being Danny (his real name) taking game.

However, when 6ix9ine agreed to cooperate, many people in the industry turned their back on him. In hip hop, cooperating with law enforcement, aka snitching, is the unforgivable sin. So, 50 Cent is among those who have turned on him.

In typical 50 Cent fashion, he has began roasting 6ix9ine. He is so focused, he has taken his break from Randall Emmett in order to properly go in on him. Sharing his first meme, 50 Cent said 6ix9ine testified that Tommy killed Angela on “Power,” and the second meme, where he roasts 6ix9ine for snitching, Ludacris (who 6ix9ine tried to troll) liked the post.