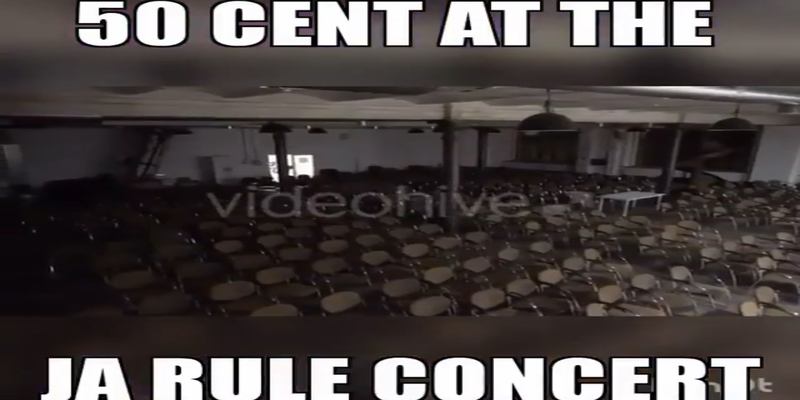 50 Cent has been clowning Ashanti and long-time rival Ja Rule on Instagram over the last few weeks. First, he went in on Ashanti for only selling 24 tickets for her show at Stony Brook University and this weekend, he bought 300 front row tickets for one of Ja Rule’s shows so it’d be empty.

Tonight, 50 continued to take things up a notch against Ashanti and Ja Rule. He posted a video of one of Ashanti and Rule’s concerts from the 2000s with the caption in the video saying “50 Cent at the Ja Rule concert.” The concert in the video showed the two performing with a dead audience.