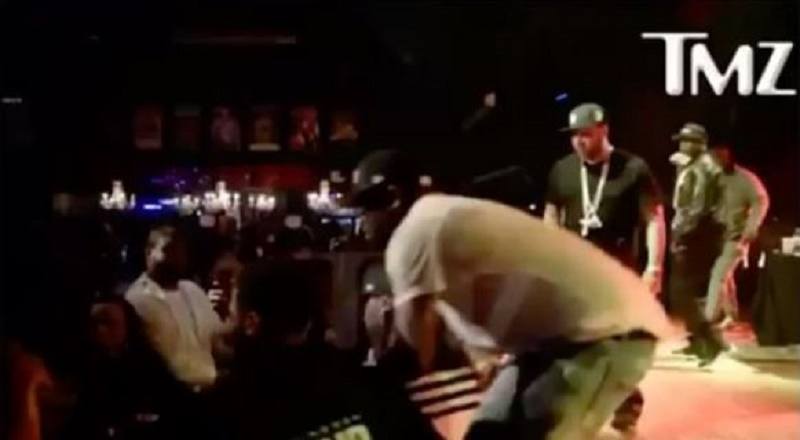 Some celebrities are afraid of controversy, but 50 Cent managed to build a career from it. No longer the diamond-selling rapper he once was, 50 Cent remains a huge industry figure. Recent years have seen him involved in “Power,” the Starz drama.

50 Cent has come a long way from his humble beginnings, but he still is someone from the streets. As he often says, 50 Cent applies a lot of lessons learned on those streets to his current life. Sometimes, however, that can be a little too much.

This afternoon was a case of that, when some footage of 50 Cent leaked that was not flattering. While he was performing, 50 Cent engaged with some fans and one female fan got very overzealous. But, 50 Cent punched her in the chest, although he did also welcome her onstage to twerk.