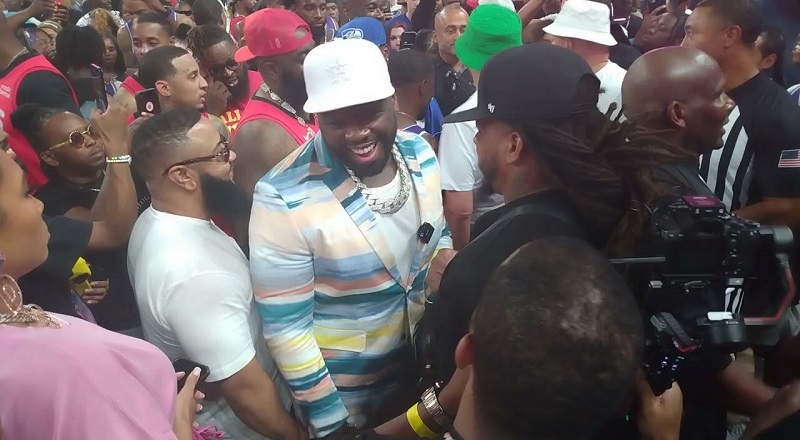 50 Cent expressed that he has love for Houston, which is why he chose the city for Tycoon. At this point, 50 Cent has expanded well outside of just making music. Now, the Tycoon events are his latest business venture. However, Houston is not the only city 50 Cent is taking Tycoon to, as Miami is another city on the list.

50 Cent is not the typical mogul, whether that be in music, film, or his other ventures. Through his career, 50 Cent has found success by openly calling his enemies out. Normally, such a tactic would end careers. Instead, 50 Cent has the reputation of ending careers. In the rap game, this is how 50 Cent became famous.

50 Cent also found himself the target for people trying to gain fame. As a result, 50 Cent found himself beefing with Rick Ross for years. Typically, when 50 Cent gets involved with beef, he cuts his rivals off from everything. So, this means such events as Tycoon, some of the hottest rappers in the game are not allowed to attend. Being a businessman, 50 Cent had to ban Trey Songz from Tycoon. After some complains, Fif removed Trey. On Instagram, he accused Trey of trying to start a fight, and being inappropriate with the women.