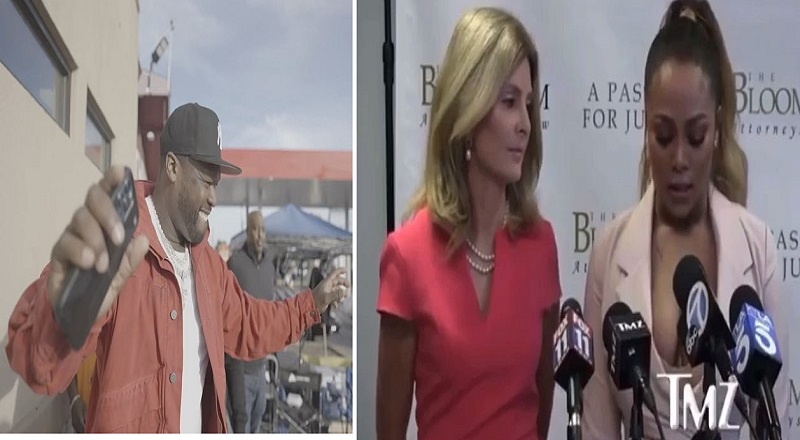 50 Cent reminds Teairra Mari that she still owes him money

In 2018, Teairra Mari suffered a horrible ordeal, when her boyfriend leaked a private video of her, on her own Instagram. This situation was made worse, when 50 Cent reposted the video. When Teairra Mari filed her lawsuit, she named 50 Cent in it.

The king of petty, 50 Cent has had Teairra Mari served at the airport, for his money, and she ran. This situation has proven to have been a costly mistake that Teairra Mari made. She actually had warrants issued for her arrest, due to missing court dates, where she had to discuss paying 50 Cent. While he is comical about it, on social media, 50 is serious about getting his money from Teairra Mari. This evening, 50 returned to Instagram, where he shared Teairra’s 2018 press conference, with Lisa Bloom, reminding her she still owes him money.

50 Cent reminds Teairra Mari that she still owes him money

Continue Reading
You may also like...
Related Topics:50 cent, featured, i ain't got it (teairra mari), lisa bloom, teairra mari