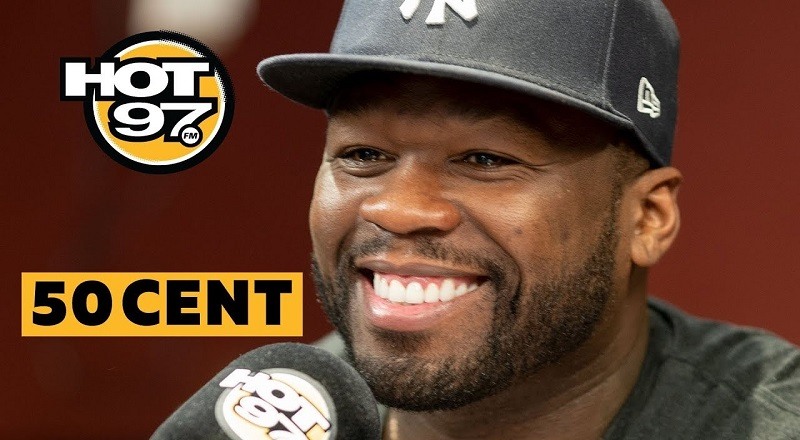 By 2007, 50 Cent saw his momentum cool off, after having a record-breaking debut in the game. Sensing that, 50 Cent began shifting his focus to movies. Doing the independent circuit, 50 Cent did several movies, where he either starred in, produced, or more.

50 Cent continued biding his time, until “Power” came together, when it was picked up by Starz. Their vision helped make Starz a major network and a hip hop destination. Because of how big “Power” became, 50 Cent found himself placed back on top.

Recently, 50 Cent stopped by Hot 97, sitting down with Ebro, Rosenberg, and Laura Stylez. Giving them tons of laughs, 50 Cent discussed “Power,” the Larenz Tate scene, Ghost vs. Tommy, the theme song, Mary J. Blige, and more. He also gave his take on Chris Brown vs. Michael Jackson, dismissed 6ix9ine, and also discussed Jay-Z and The Game.

More in Hip Hop News
Terrence Howard Done With Acting Once ‘Empire’ Show Ends
Akon claims he only did “Love & Hip Hop Hollywood” to do a storyline, but a fan’s IG comments claim he wanted out of the show, after learning Tricia really slept with Mickey Munday #LHHH