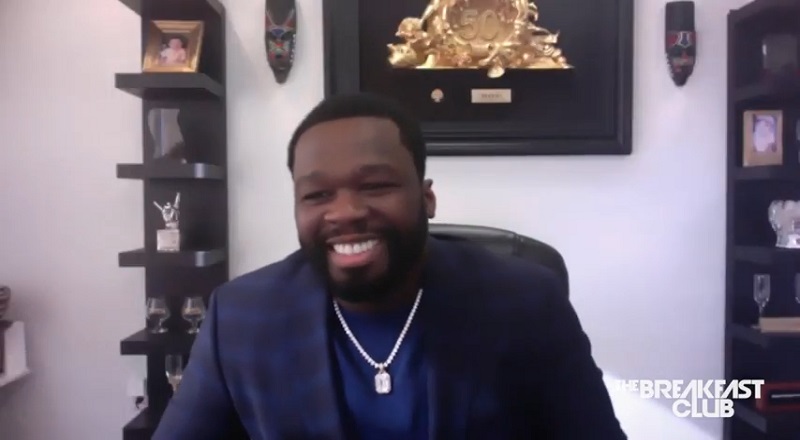 Since the 2010s, 50 Cent has mostly reinvented as more of a personality, than a rapper. While he has released some music, “Power” is his biggest claim to fame, in this era. Outside of that, 50 Cent has become one of the top Instagram trolls.

Recently, 50 Cent sparked a lot of attention, when it was suggested that he and Ja Rule do a Verzuz battle. In doing the battle, the two would effectively end their longstanding beef. While it seems impossible, recently Jeezy and Gucci Mane agreed to do a Verzuz battle.

50 Cent recently called into “The Breakfast Club,” sharing the screen with DJ Envy, Angela Yee, and Charlamagne Tha God. Early in the interview, they discussed Jeremih’s health, before Ja Rule was brought up. Later, 50 Cent clarified his Trump statements, before speaking more on Verzuz, Pop Smoke, rap shootings, and more.

More in Hip Hop News
Drakeo The Ruler’s first interview out of prison; Talks about how it feels to be a free man, very little support he received while locked up, rappers biting his style, upcoming music, and more with No Jumper [VIDEO]
Anthony Stewart, University of Tennessee’s Head Basketball Coach, was found dead, at the age of 50, and his body was found on Sunday