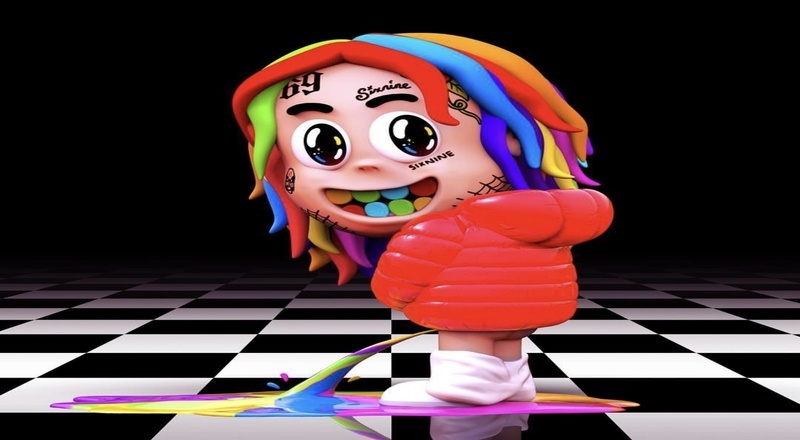 6ix9ine recently brought back his beef with YG from this summer and trolled him on Instagram by asking fans who’s the real street n*gga between the two. YG also clapped back by saying 6ix9ine needs to address Slim 400, who got 6ix9ine’s show at ComplexCon cancelled and that he needs to get his stolen jewelry back in Brooklyn.

6ix9ine is now back to the music. He took to IG tonight to announce that his debut album is on the way. It’s titled “Dummy Boy” and it is set for a November 23 release. He posted the cover art for the project as well.

The cover featured an animated version of 6ix9ine on what seems to be a chessboard with him peeing out a rainbow. He is confident in Dummy Boy doing well as he said “WATCH ME OUTSELL EVEYBODY SUCK MY DICK” in his IG caption.

Check out 6ix9ine’s announcement for his debut album Dummy Boy below.

Continue Reading
You may also like...
Related Topics:6ix9ine, Dummy Boy