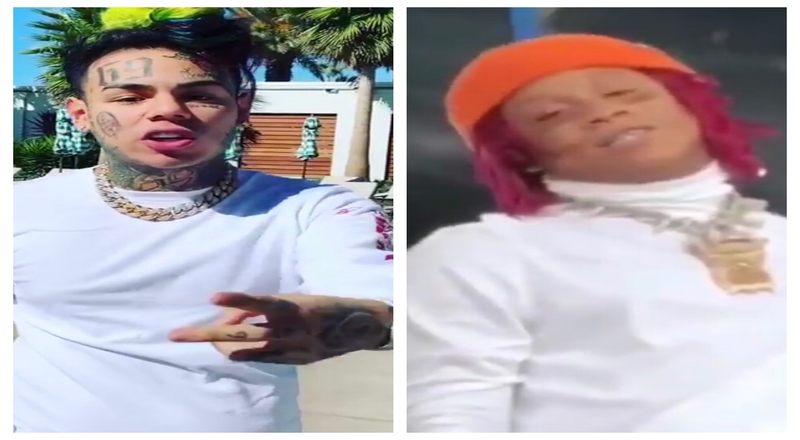 Earlier tonight, 6ix9ine responded to Trippie Redd trying to shoot his shot at his baby mama by posting a video on Instagram of him laid up in the bed with Trippie’s ex-girlfriend. This also comes after 6ix9ine posted photos and videos on IG last night trolling Trippie where he was performing.

6ix9ine just posted a new photo of Trippie when he was younger taking a selfie in the bathroom. The post’s caption read “fml LOL.” 6ix9ine just isn’t letting this go as this beef with Trippie adds to another one for him in 2018.

Trippie Redd still hasn’t responded to 6ix9ine’s disses. It’s good on his part though as he’s just focused on releasing his “A Love Letter To You 3” project which is set for a November 9 release. Check out 6ix9ine’s new IG post taking shots at Trippie Redd below.

Continue Reading
You may also like...
Related Topics:6ix9ine, trippie redd

More in Hip Hop News
Lil Baby Shuts Down Rumors Of His Chain Getting Snatched In Las Vegas Last Night [VIDEO]
#LakersWin: LeBron James leads the Los Angeles Lakers to their first win over the Portland Trail Blazers in years and fans take to Twitter, overjoyed with the win