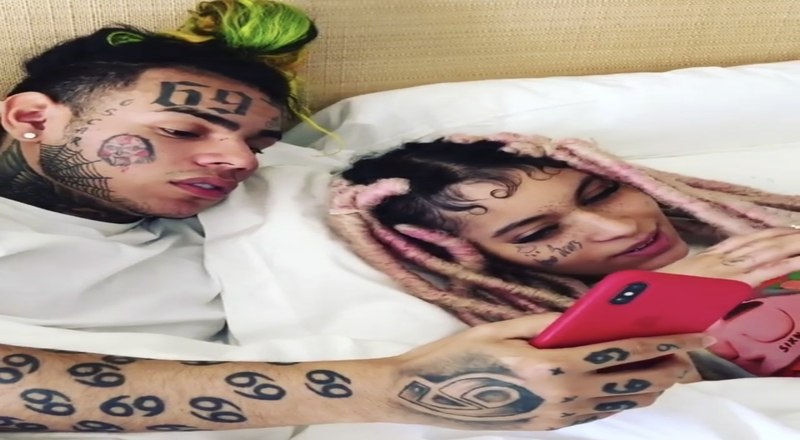 6ix9ine has been trolling Trippie Redd online ever since Trippie tried to shoot his shot with 6ix9ine’s baby mama in her Instagram comments. Since then, 6ix9ine posted a video of him laying down with Trippie’s ex-girlfriend Ayleks.

6ix9ine was seen in Los Angeles today and was asked if he went even further with Ayleks. The NY rapper replied by saying “I fucked the shit out of that n***a girl.” He said this all with a smile.

Trippie Redd has since not entertained any of 6ix9ine’s trolling on Instagram. Today, he released the third installment of his “A Love Letter To You” mixtape series which included 16 songs and features from Tory Lanez, Juice Wrld, NBA Youngboy, and more.

Check out 6ix9ine saying he f*cked the s*it out of Trippie Redd’s ex-girlfriend Ayleks below, courtesy of The Hollywood Fix.