Home » Hip Hop News » 6ix9ine gets jumped in Minnesota and approached by a large mob, until gunshots ring out, and the mob runs in the opposite direction! [VIDEO] 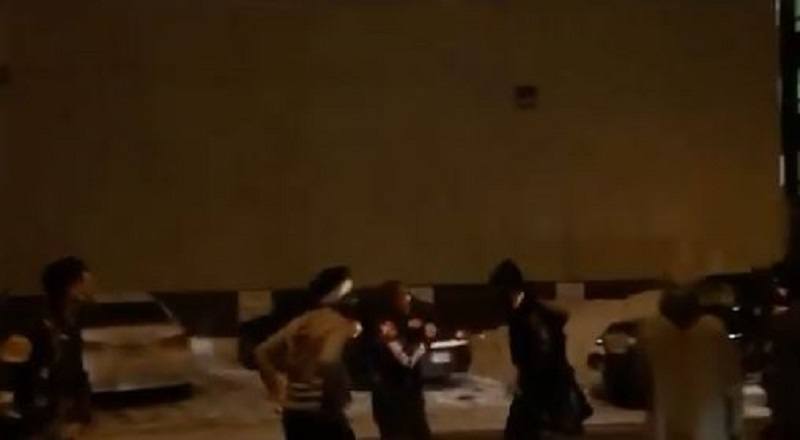 Since he rose to fame, a few months ago, 6ix9ine has been one of the most-controversial acts out. Recently, he’s found himself a rap rival in Casanova and he is often acting out. At the same time, 6ix9ine is out here making hit records.

Recently, 6ix9ine signed a $7 million record deal, which puts him on the roster of Interscope Records. It turns out, all the controversy is working out for 6ix9ine, making him a hot commodity. The rising rapper is being booked for shows, like crazy.

Last night, 6ix9ine did a show in Minnesota that ended up having a wild end to it. After the show, 6ix9ine got into an altercation, and it looked like a 30 on 1. These guys definitely backed 6ix9ine into a corner, but then gunshots went off, and the 30 ended up running in the opposite direction.