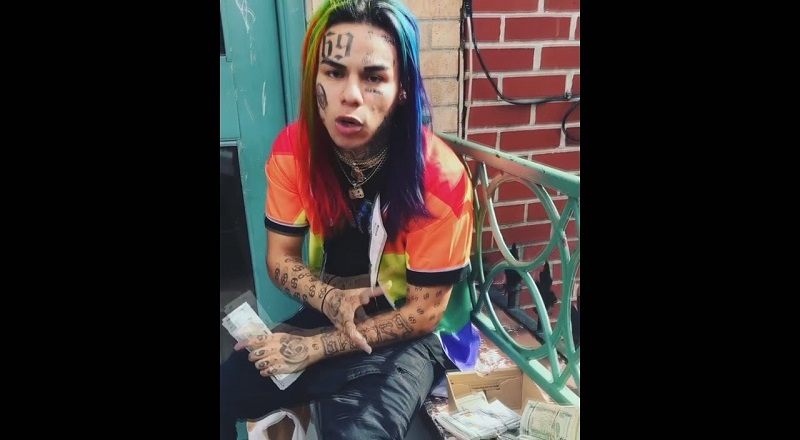 6ix9ine has emerged as the biggest breakthrough artist, during the late stages of 2017. Thus far, everything has gone well for him, but all of that changed, yesterday. Like those before him, 6ix9ine was facing accusations of sexual misconduct.

Wasting no time, 6ix9ine plead guilty to the allegations. He has three felony counts of sexual misconduct that he is now charged with. The rising rapper was 18 years old at the time of the crime and the age of the minor has not been specified.

Continue Reading
You may also like...
Related Topics:6ix9ine, chox mak

More in Hip Hop News
Tammy Rivera is being sued by a woman named Tamika McKinney, after she accuses her of taking an $18,000 payment to promote her hair company, and then ditching her for a higher-paying company before their deal expired [PHOTO]
Dee-1 talks new album, #SlingshotDavid, drops some gems, + 5 Fingers of Death on #SwayInTheMorning [VIDEO]