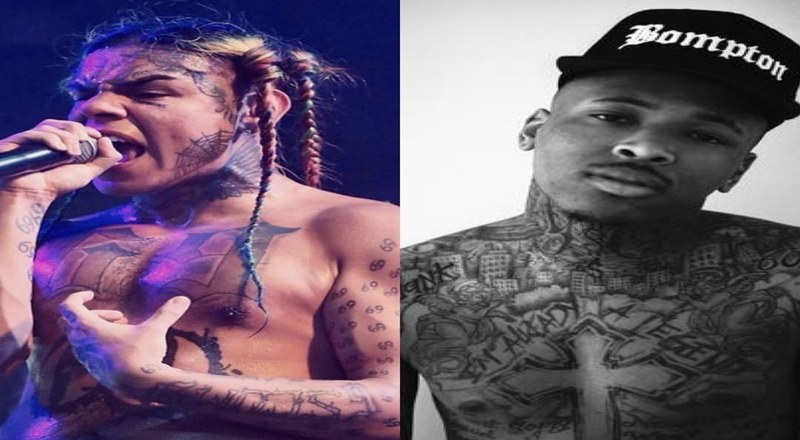 Earlier this year, YG dissed 6ix9ine on his single “Suu Whoop” which appeared on his “Stay Dangerous” album. In a Breakfast Club interview in August, the Compton rapper stuck by his claim that he doesn’t like 6ix9ine. This resulted in taking some shots at YG on social media.

A few months have passed and now 6ix9ine is making it known that he’s not done with YG at all. He took to Instagram to post a picture of both of them with the caption “WHOS A REAL STREET NIGGA? LIKE FOR 69. COMMENT for who ever the guy is on the right.”

This shot at YG just went down so he still hasn’t replied as of now. Expect him to address the situation by the afternoon though. 6ix9ine wasn’t 100% responsible for starting this beef but he has been in more than enough in 2018. He recently took shots at Trippie Redd on IG for trying to shoot his shot at his baby mama’s comments.

Check out 6ix9ine reigniting his beef with YG on Instagram below.

Continue Reading
You may also like...
Related Topics:6ix9ine, yg

More in Hip Hop News
Popular Charlotte rapper, Da Baby aka Baby Jesus, reportedly shot and killed a man who tried to rob him outside of a local Walmart #FreeDaBaby #FreeBabyJesus
YG Responds To 6ix9ine Who Asked Fans Who’s The Real Street N*gga By Saying 6ix9ine Needs To Worry About Slim 400 Cancelling His Show At ComplexCon And Find The People In Brooklyn Who Robbed Him [VIDEO]