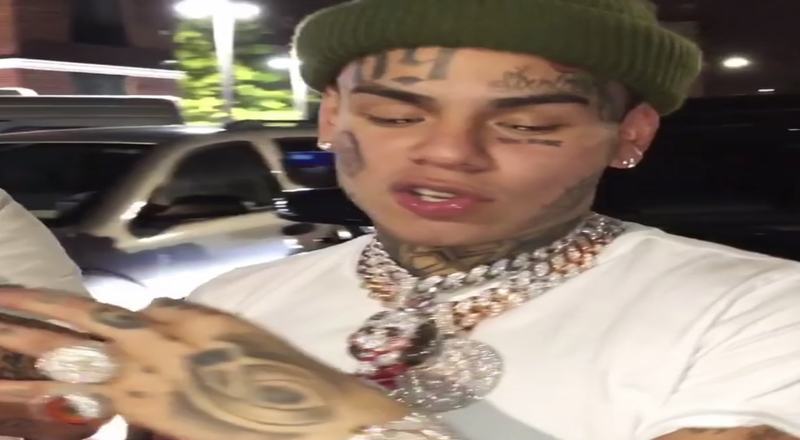 6ix9ine has been arguably the most controversial figure in hip-hop in 2018 besides Kanye West. Nonetheless, the music has been speaking louder as he continues to do numbers. The Brooklyn rapper fired his entire team this week which includes managers and publicists. He is still preparing for his debut album “Dummy Boy” which is set for a November 23 release.

6ix9ine seems to be a man of his word when it comes to his success. He said his previous Breakfast Club interview would be their biggest yet in terms of numbers and that turned out to be true. He just said the Dummy Boy album will be the hottest project out and the numbers could very well back that up on November 23.

Check out the full tracklist for 6ix9ine’s debut album Dummy Boy below.

Continue Reading
You may also like...
Related Topics:6ix9ine, Dummy Boy