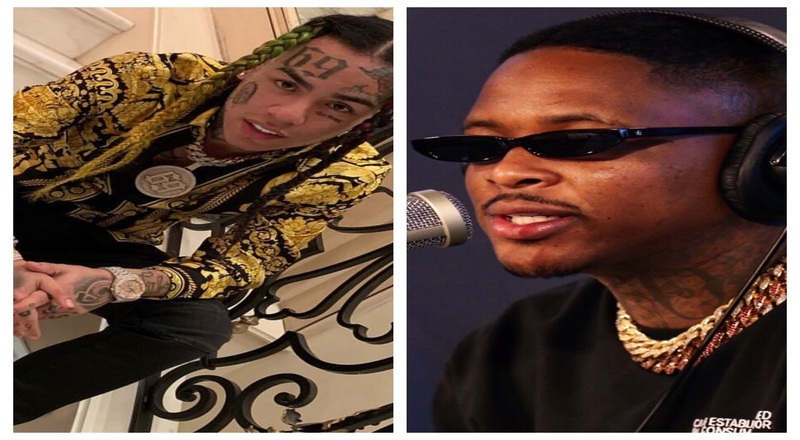 6ix9ine revived his beef with YG from this summer last night by asking fans on Instagram who’s the real street n*gga between the two. This was after 6ix9ine said YG doesn’t help anyone in his hood even though he’s always in the hood.YG soon replied asking why is his name on 6ix9ine’s IG and that he needs to focus on who robbed him in New York and took his jewelry after a video shoot. YG’s friend Slim 400 also got into it with 6ix9ine at ComplexCon and prevented him from performing.

YG reportedly crashed in someone’s backyard today and 6ix9ine was aware of this quickly. He just took to IG to troll the car crash by saying “Who gave this man the wrong address LOL.”

YG hasn’t issued a response yet but it’s sure to come from the 400 rapper. 6ix9ne has been in plenty of beefs in 2018 but this issue with YG is a dangerous one.(No pun intended) We’ll see how further this beef goes.

Continue Reading
You may also like...
Related Topics:6ix9ine, yg

More in Hip Hop News
Taraji P. Henson Opens Up About Her Engagement And Wedding Plans On Jimmy Kimmel: “I’m In Control” [VIDEO]
24hrs Puts Apex Martin On Blast, Says Mike Dean Refuses To Work With Him and That He Let Him Stay On His Couch; Apex Accuses 24hrs Of Bad Business and Clout Chasing [PHOTO]