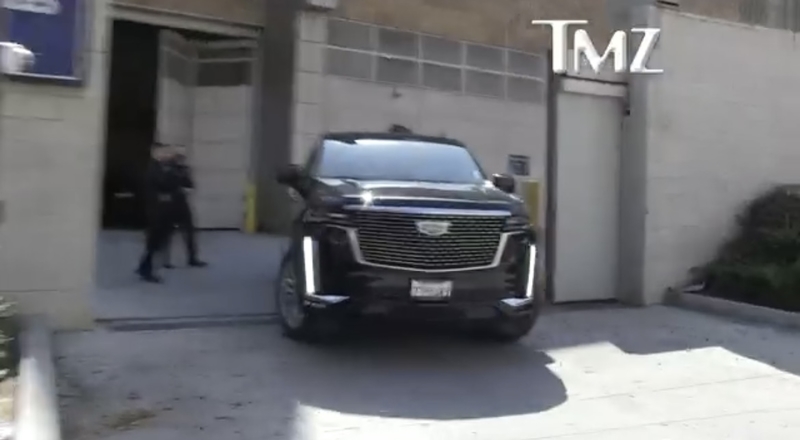 A$AP Rocky became one of the biggest trending topics again on social media, on Wednesday. That was due to the Harlem rapper bring arrested after he landed in LA, from Barbados. A$AP was arrested at an LAX terminal. A$AP reportedly shot at a victim three or four times, back on November 6, in LA. A bullet ended up grazing that person’s hand.

Police also searched A$AP’s home, for more evidence, as A$AP was questioned at LAPD HQ. It was soon found out that A$AP knew the victim, and the shots were fired after an argument went down.

A$AP’s bond was set at $550,000, and he went on to post that, on Wednesday evening, per TMZ. He was then seen leaving the LAPD HQ, as he entered a black Cadillac Escalade SUV. A$AP has yet to publicly speak on the shooting or arrest.

A$AP was originally in Barbados with Rihanna, as the two are expecting their first child together. Last week, A$AP was rumored to have been cheating on Rihanna, with Fenty shoe designer, Amina Muaddi. Muaddi went on to deny the speculation, on Instagram, as she continues to support Rihanna as a friend and business partner.