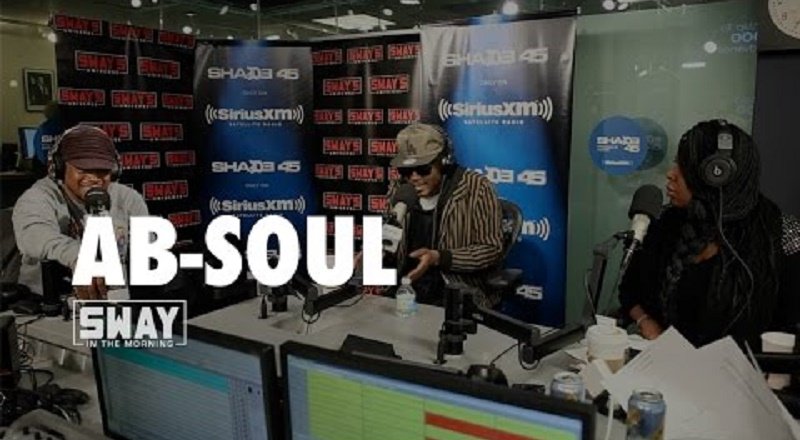 In 2011, Kendrick Lamar took over the underground rap world and then he linked with Game, leading to the Dr. Dre partnership. While the world was fawning over Kendrick, hardcore fans were discussing Ab-Soul and ScHoolboy Q. Each rapper feels they are better than the other.

Ab-Soul, infamously, had the meltdown over people thinking TDE was actually Kendrick’s group. Saying he would go off when asked about it in that nature again, Ab-Soul made it clear Kendrick wasn’t his boss. A lot has changed since then and Ab-Soul has the spotlight, now.

With his new album out, Ab-Soul is showing up everywhere and doing interviews. His cycle could not be complete without seeing Sway over at Shade 45 for “Sway In The Morning.” There, he spoke on his new album, explained the lyrics, and touched on darker topics.