Home » Hip Hop News » Album Review: Meek Mill Closes Out Huge 2018 With “Championships” And Is Back On Top After Unjust Prison Sentence 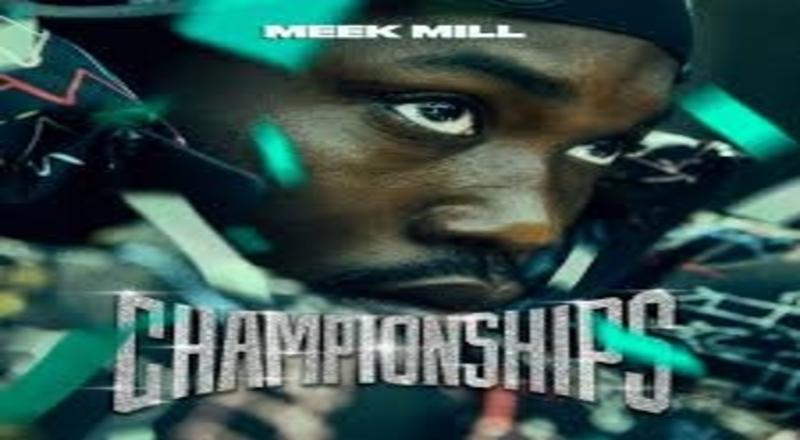 Meek Mill just released his fourth studio album “Championships.” This project definitely brought that heat but 2018 was bigger for Meek than just music. In April, he was released from prison where he spent sixth months after originally being sentenced to 2-4 years for a violation of probation. He had help from the Supreme Court of Pennsylvania and Governor Tom Wolf. Judge Genece Brinkley said that him popping wheelies qualified as that violation. As ridiculous as that ruling was, Meek persevered and was able to use his platform to address racial injustices against black men and women in America once he got out.

Meek has been known his hard-hitting intros on his album over the years. From 2012’s “Dreams & Nightmares,” 2015’s “Lord Knows,” and 2017’s “Wins & Losses.” On Championships, the intro is self-titled and is sampled from Phil Collins’ “In The Air Tonight.” It was another solid intro that displayed Meek’s known aggressiveness but doesn’t compare to the intros for his last three albums. That’s no disrespect but it’s a testament to his usual bread and butter on the previous intros that he’s bodied.

“Trauma” is one of the most underrated records on Championships and needs to be talked about more. A huge point discussed here was Meek’s incarceration. He was disappointed that a black judge took his freedom away knowing that he was truly innocent and showed bias against him. Meek also discusses the crazy things that he’s seen in the streets growing up and how it can truly classify as PTSD and traumatic.

“Uptown Vibes” is definitely a hot east coast/Spanish record. Anuel AA came with it on the final verse on this record as he delivered it in Spanish so you won’t know it if you’re not fluent in that language but will flat out make you bob your head to it due to its energy.

“On Me” featuring Cardi B will be topping the charts soon for sure. First, Meek and Cardi are on fire right now and just dropped two of the best albums of 2018. Guys will definitely feel themselves when it comes to going after the women they want and is a solid twerk record for women in the club as well.

“What’s Free” is the best track off of Championships easily. Meek brough on Jay Z and Rick Ross and flat out delivered a classic. Meek also sampled the classic Notorious B.I.G. “What’s Beef” beat and didn’t disappoint. A big takeaway from Rick Ross’ opening verse was him taking a shot at Tekashi 6ix9ine on the lines “Screaming “gang gang,” now you wanna rat. Racketeering charges caught him on a tap Lookin’ for a bond, lawyers wanna tax. Purple hair got them f*ggots on your back.” Meek’s verse was hot as well as he talks about feds still trying to find anything to lock him up for such as still suspecting him of selling drugs but he’s actually securing the bag from his music. He also tells judges who want him gone to look up facts about what he’s done for the community such as putting students through college and advocating for stopping violence. Jay Z continued to be the legendary Hov that we’ve known best for for the past three decades. On What’s Free, Hov did his thing discussing racial justices and even adddresed his tension with Kanye West as he said there’s no more beef with the line “No red hat, don’t Michael and Prince me and Ye.” This comes after Hov cut ties with Ye after he started showing support for Donald Trump.

“Respect The Game” details Meek beating all odds against him such as fed time and also appreciating the ones who’ve stayed loyal to him. He also puts people on game to rules such as not worrying about being entitled to the money that your homie’s getting and to watch out for women who just want you for the best material things such as purses. Meek kept it real on here and a lot of people can relate.

“Splash Warning” is another track off of Championships that needs more attention. While Meek and Future did their thing on their verses along with Future on the hook, the flows by Thug and Roddy Ricch flowed well. Definitely look out for Roddy’s music more after this.

Meek detailed all the struggles he overcame such as seeing murders, drugs and more growing up all while still being able to make it out and being on top on the self-titled song “Championships.” He relates to a lot of people who came up in the environment he was in and when someone’s in the position that he’s in now, they’re nothing but blessings.

Meek linked with Drake on their first collab since 2015 on “Going Bad.” While 2012’s “Amen” and 2015’s “R.I.C.O.” were solid records from the former rivals, Going Bad is the best one so far. Drake opened the song with his own verse and followed that up on the hook. Meek is also confident in the two winning together as he said “Me and Drizzy back to back, it’s gettin’ scary.”

“Almost Slipped” is exremely relatable to men dealing with women on a lot of levels. Meek said on Twitter that the record is about guys who almost fell in love with women with a good amount of bodies on their record. A woman could be cool and the sex might be the best and those factors will make guys forget about that person’s reputation.

Meek brought on Kodak Black for “Tic Tac Toe” and it’s assisted by a raw Tay Keith beat. Meek’s confident in him being one of the best in the game right now by comparing himself to Jay Z and being able to get anything he wants. Kodak goes in on the hook as he sends warnings to his enemies that he’s ready for whatever.

Based on social media reactions so far, the people are definitely feeling Meek’s “24/7” collab with Ella Mai and I am too. It’s one of the best hip-hop/R&B collabs of 2018 and should be a radio hit soon for Meek as well.

Meek shouted everyone who grew up in the struggle on “Oodles O’ Noodles Babies.” He details the problems about not having much, his mother being unable to see his games due to working to making ends meet, and even takes another shot at Judge Brinkley for intentionally trying to take his freedom in 2018 knowing that he’s doing everything to be a better man.

“Pay You Back” featuring 21 Savage is one of the hottest trap records on Championships. The streets made Meek ready to go war with any of his enemies and the assist from 21 made it a solid collab on a hard-hitting beat provided by CuBeatz and Wheezy.

“100 Summers” had some good messages such as people waiting on Meek’s downfall but the auto tune-like flow on this track didn’t make me a huge fan. Nonetheless, it was still nice to hear Meek’s journey to the top on this one.

“Wit The S*ts” featuring Melii brought that energy on this one. Meek wants a woman who’s down for a wild night and Mellii brought a hot verse where she made half of it Spanish and English. Fans on social media have also been calling for Meek to sign her to Dreamchasers.

Meek is still the same on “Stuck In My Ways.” He’s feelin’ himself heavy as he feels he can get any woman he wants after getting rich but is still grinding hard to make sure he keeps this life forever.

“Dangerous” featuring PnB Rock and Jeremih originally appeared on Meek’s “Legends of the Summer” EP that he dropped in June. It’s a smooth summer vibe and a good bedroom record as well. I think Meek will bring PnB Rock on more collabs in the future just as he’s done with Jeremih on previous records such as this and on “Classic,” “Main” and “Amen.”

Meek closed out Championships with the song “Cold Hearted II,” which is a follow up to the first one which was on his 2015 “Dreams Worth More Than Money” album. Him addressing everyone who turned back on him and the ones who are still here are the most most memorable moments on this track. He makes it known that it’s Dreamchasers forever.

2017’s “Wins And Losses” album was one of the best motivational album by Meek I’ve ever heard and Championships did a great job of meeting his previous album’s energy. It’s already a number one album in regards to sales and I wouldn’t be surprised to see it go platinum by February.

Continue Reading
You may also like...
Related Topics:championships, meek mill