Home » Articles » Album Review: Mozzy- “Gangland Landlord”- The Sacramento Artist Keeps Momentum Going Strong After The Success Of His 1 Up Top Ahk Album A Year Ago 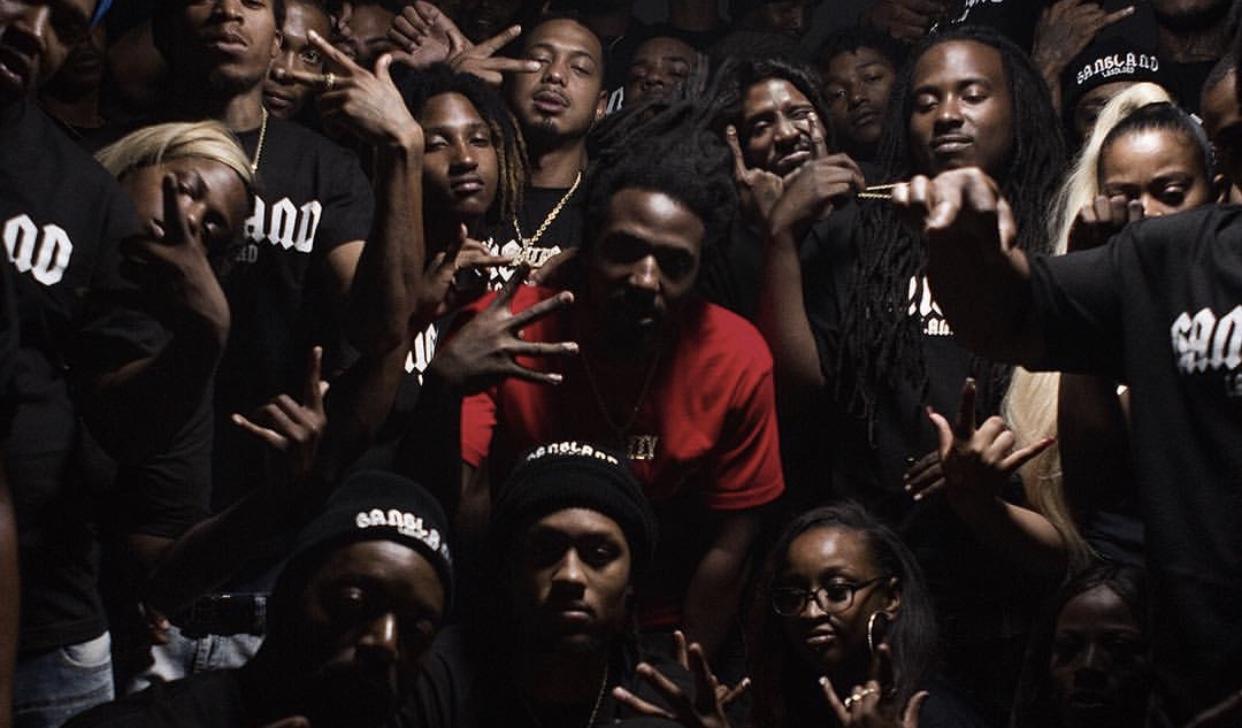 Mozzy has been gearing up all summer for his highly anticipated “Gangland Landlord” album after previously releasing his “Spiritual Conversations” EP earlier in 2018. Gangland Landlord contained 18 tracks with appearances by Ty Dolla $ign, YG, Blac Youngsta, A Boogie Wit Da Hoodie, YFN Lucci, Dej Loaf, and more. The leading singles for the album were ‘Not Impressive,’ ‘Thugz Mansion‘ featuring YG and Ty Dolla $ign, and ‘Walk Up.’

‘No Way‘ served as the intro to Gangland Landlord and despite the record only being two minutes long, it’s in the top five best records on the project. Mozzy expresses the pain and frustration that he felt in the streets growing up which include going to prison, disappointing his family, and losing some of his closest friends to violence. No Way played its part in setting the stage for another solid album.

Mozzy displayed his loyalty to the people around him and it was evident on ‘One Of Mines.’ He details how he’ll do whatever it takes to have his homies’ back, even if it means letting some gun shots off. He also discusses the violence occurring in his city but it doesn’t shock him due to it being so common.

‘Not Impressive‘ was one of the first singles for Gangland Landlord. He didn’t have a hook on this record but he didn’t need it at all as he stuck to the flow that he knows best as he reminisces on the environment he came up in, celebrating success by buying his team chains, and saluting whoever took a fall for him.

‘Thugz Mansion‘ featured fellow California artists YG and Ty Dolla $ign and is easily a hit for Mozzy. It’s also a fitting tribute for 2Pac considering that the late rapper also had that same title for this song. The visuals for the record were on point as the three artists celebrated the type of people who come from their environment and saluted everyone they know that’s battling cases that imprison them.

Just like his “1 Up Top Ahk” and Spiritual Conversations projects, Mozzy brought on longtime collaborator E Mozzy on for Gangland Landlord for the track ‘Dead Homies.’ Mozzy pays homage to all of his friends that died at the hands of the streets as he detailed the struggles of coping with the pain such as drug use or revenge. This was definitely a solid street record and one that longtime and new fans of Mozzy can appreciate.

‘Bands On Me‘ featured Blac Youngsta, A Boogie Wit Da Hoodie and Teejay3k. This could definitely be the biggest hit on Gangland Landlord as far as radio play and in the club. The energy was brought as Teejay3k delivered with the catchy hook and Mozzy and Youngsta shined hard by flexin’ with their jewelry and gave warnings to anyone who wants to step up to them as they have hittas with them at all times.

‘Keep Me Hustlin‘ featuring Rexx Life Raj is a classic “from nothin to somethin” record. Mozzy explains how him and his mother used to struggle but now they’re reaping the benefits of his success now. A lot of people can relate to Keep Me Hustlin’ and serve as that motivational track for them on a daily basis.

On Mozzy’s 1 Up Top Ahk album, he brought on YFN Lucci and Koly P for his ‘Stay Over There‘ track and also placed Lucci on ‘Walk With A Limp‘ on Gangland Landlord. Mozzy and Lucci didn’t disappoint again as they brought that mob vibe to this record as they send a message to anyone plotting on them as well as still celebrating their wins.

‘Run It Up‘ featuring Schoolboy Q and Caine is another record off of this project that can be a solid hit for Mozzy. Caine brings the club vibe by throwing money and blowing the bag with a woman he wants. Mozzy’s all for it also as he wants that thug passion and flexes with Rollies that display that “his and hers” image. Schoolboy Q continues to floss as he makes it known that he can blow a bag that a girl’s man can’t.

‘My Brudda 2x‘ enlisted Trae Tha Truth and Celly Ru on the record as Mozzy salutes all the homies that are close to him and rides for them. He’ll go to war for anyone who’s loyal and solid to him. This is another relatable record on Gangland Landlord as those real friendships are rare these days.

‘Black Hearted‘ is another deep and lyrical record by Mozzy. The Gangland rapper reminisces on the pain he felt while coming up such as lost friends, seeing his mom struggle, pleading with God for breakthroughs, and in the end still coming out on top and it shows as he was able to grind independently and pass up on major labels. Dark times happen for many people and Black Hearted was a “keep your head up” vibe.

Mozzy released ‘Walk Up’ a little bit before Gangland Landlord’s release and it didn’t disappoint either. He’s ready to go at it with anyone’s who’s plotting on him and no matter the circumstances, he isn’t snitching at all. It serves as a solid California gangsta record and it should go in any Mozzy playlist.

Mozzy brought on Dcmbr, Yhung T.O. and Bay Area legend Too $hort for ‘Excuse Me.’ This song is extremely relatable for men in the sense that they wanna show that they’re way better for a woman compared to their exes. Mozzy and Too $hort delivered on their verses and Yhung T.O. went in on the hook showing women a glimpse of what they can experience compared to what they saw in the past.

‘Famous‘ brought on Yo Gotti, fellow California artist Iamsu! and Dej Loaf. The connection between every artist on this record was on point as they still remain the same despite their success and still put on for their cities. Dej’s verse was smooth and I really want to hear more material from her soon as her last project was “…And See That’s The Thing” back in 2015 which was a major year for her after the success of her hit single ‘Try Me.’

‘Who Want Problems‘ has Mozzy coming up getting money in the streets while still grindin’ to become the star he is now. He’s also ready for anyone plotting on him as he has shooters everywhere he goes. Mozzy continued to put his city on his back as Who Want Problems made for itself as another hot trap record.

Mozzy released the visuals for ‘Choke On Me‘ during the week of Gangland Landlord’s release. He detailed surviving in the streets as he hopes he won’t be another victim of gun violence. The track gave a good story of the obstacles that many rappers have to overcome to get out of the situations they’re in prior to their success.

‘Run To The Mansion‘ gave me that Scarface movie kind of vibe. Mozzy’s got the money and the mansion and when his team gets the tasks that he needs to be completed, they flee to the mansion and plot on the next move.

Mozzy concluded Gangland Landlord with ‘Tear Me Down‘ featuring Rayven Justice. Mozzy goes over the struggles of his close friends facing prison time and no amount of drugs can help cure the pain he’s going through. He also discusses the obstacles needing to be overcome in a broken justice system. Rayven Justice also delivered a soothing hook noting how these circumstances tear men down in that crooked system.

Mozzy continues to show growth with every project. He started to really get his buzz up with his 1 Up Top Ahk project last year and came with it strong on Gangland Landlord as a complete project. His stories of what he had to overcome in the streets and that grind mode feeling creates real hip-hop as he is one of the most talented artists to come out of California and Sacramento’s first true superstar. Despite the success, Mozzy still isn’t receiving the right amount of respect for his talents and bars in my opinion.