Home » Hip Hop News » Alexis Sky demands a DNA test from Solo Lucci, after he clowns her on his IG Story, about him claiming he is the father of her child, also accusing him of begging for screen time to talk about her #LHHNY [PHOTO] 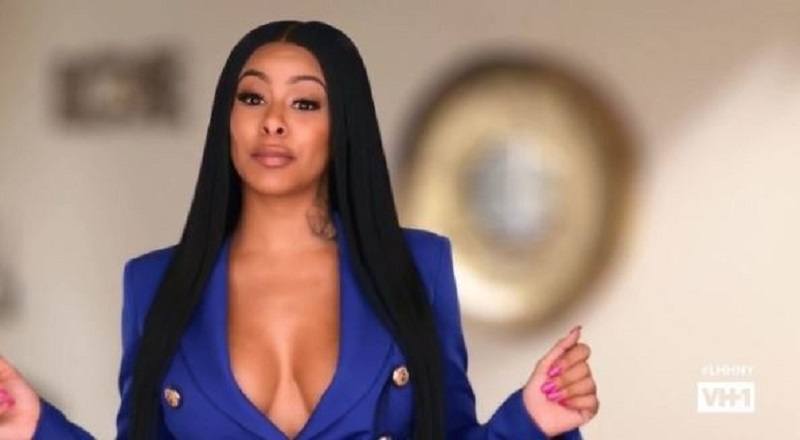 At least for the duration of season nine, on “Love & Hip Hop,” Alexis Sky and Fetty Wap are on good terms. But, it’s a give and take, where it is concerned, with Alexis Sky, and her men. Now, she and her other ex, Solo Lucci, are going at it.

During the “Love & Hip Hop Hollywood” 2017 reunion, Masika made a post, on IG, saying Alexis Sky was pregnant by Fetty Wap. Masika said she would announce during the reunion, which she did. But, since having the baby, Fetty Wap has been nowhere to be found.

Alexis Sky is dealing with this, on the show, meanwhile Solo Lucci has been all over the internet, saying he could be the father. Tired of it, Alexis called Solo Lucci out, letting it be known he wasn’t even in the picture when she got pregnant. So, to put the issue to rest, she asked him to come to NYC and do a DNA test.

More in Hip Hop News
Young Scooter Announces “The Recipe” Mixtape Will Be Out On December 21; Tracklist Includes Kodak Black, Gunna, NBA Youngboy, and More [PHOTO]
Future justifies his lifestyle and all his recent girl drama with IG post? Rapper post caption “Sacrifice true love to live a lifestyle I could never imagine…u only live once” [PHOTO]