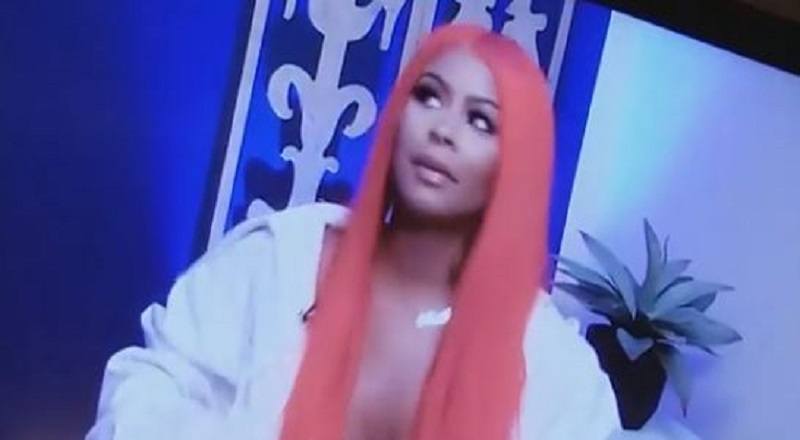 In 2015, Alexis Sky rose to notoriety, when it was confirmed that she and Fetty Wap were dating. The two have had an on/off relationship, which began before the 2015 announcement. In between time, Fetty had something going on with Masika, having a child with her.

Alexis Sky, however, remained in the picture, which led to her joining the show. Ironically, Alexis Sky joined the show in a storyline about Fetty Wap, who was on the show, the prior season. This hasn’t stopped his name from being on every “Love & Hip Hop Hollywood” episode.

Masika, a few weeks ago, said Alexis Sky would announce her pregnancy during the reunion show. She was not lying, as that’s exactly how it went down. Now, the fans are in shock, as they want to know if Fetty Wap really is the baby daddy, among other choice words.

More in Hip Hop News
Brooke Valentine is no longer the fan favorite; #LHHH viewers are trashing her tonight, calling her “stupid” and “dumb” for wanting two boyfriends in Booby and Marcus
Teairra looks so pretty on tonight’s reunion show and she’s ready for whatever with Hazel… #LHHH fans are here for TT, tonight #LHHHReunion