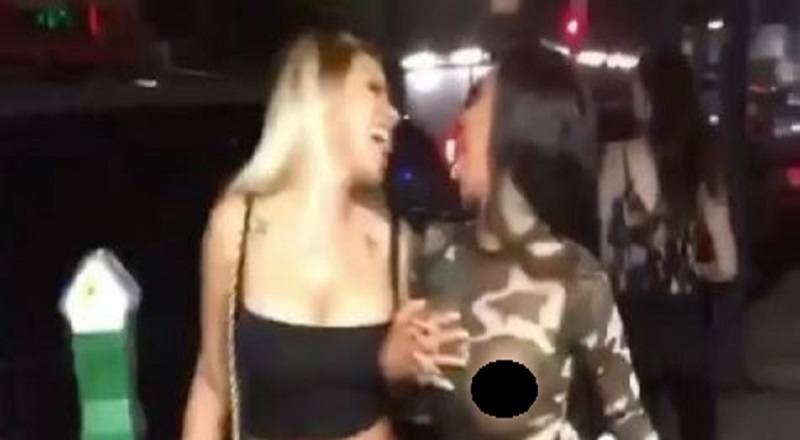 Before Brooke Valentine came on the show, Masika had emerged as a fan favorite. This was in spite of how she did Hazel-E, who originally was her friend. When “Love & Hip Hop Hollywood” began, Hazel-E had a fling with Yung Berg going on that she wanted more to come from.

Hazel’s best friends were Teairra Mari and Masika, both of whom warned her about Berg. Still, Hazel pursued him and both of her friends had dealings with him behind her back. Masika even went as far as dating Yung Berg before getting involved with Fetty Wap.

Because of Alexis Sky being Fetty Wap’s ex and the newest cast member of the show, she and Hazel-E have become fast friends. The two, along with Ms. Nikkii Baby, often taunt Masika on social media. This afternoon, Alexis Sky was walking around, with her tatas showing, with Hazel-E, taunting Masika, saying they were really “booked and busy.”