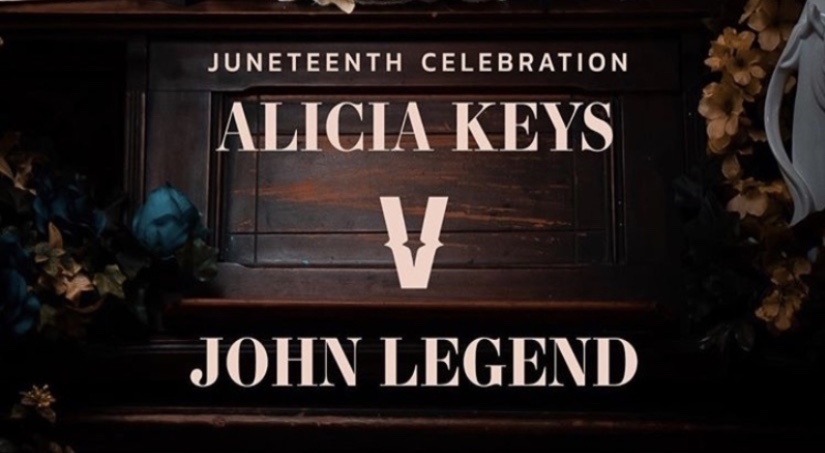 The ‘Verzuz’ battles on Instagram Live helped people a lot for entertainment when much of states’ economies were closed due to the coronavirus pandemic. We saw epic matchups such as Ludacris Vs Nelly, Lil Jon vs T-Pain, and Babyface vs Teddy Riley as they all played their greatest hits. Now, there’s another special one coming on the Juneteenth holiday.

This Verzuz battle will feature Alicia Keys vs John Legend, two of the best singers of all-time. This will go down on June 19 at 8pm ET. This will definitely be one of the closest Verzuz battles we’ll see as fans could view this matchup as a tie. Nonetheless. It’ll still feel great as a music fan to see two icons like Alicia Keys and John Legend showcase their classics.

Juneteenth marked the original end of slavery in the United States two years after it had initially supposed to end. Union general Gordon Granger officially made this proclamation in Galveston, TX.