Home » Hip Hop News » All Bad! Fox 5 News refers to Will Smith as Eddie Murphy in newscast about “Bad Boys For Life” movie with Martin Lawrence 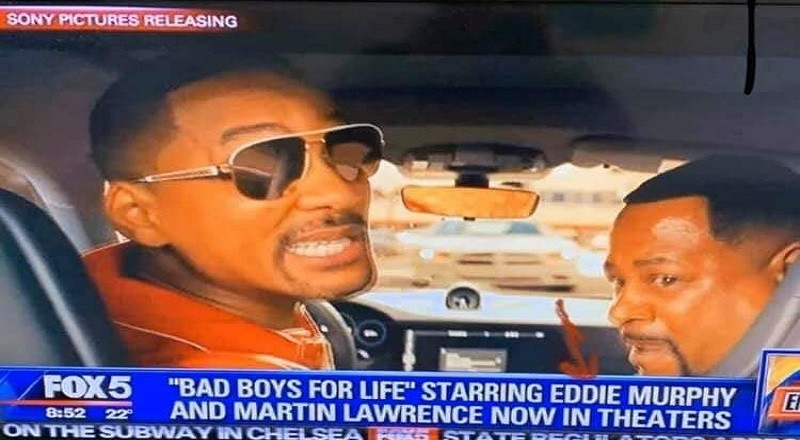 This kind of thing, no matter how many times people call it out, continues to happen. Each time, it is funny AF, but also can be offensive AF. But, this time, it happened with Bad Boys For Life, the most-popular movie of the year.

Seventeen years have passed since the last Bad Boys movie came out, but it still has done well. The movie stars Will Smith, who recently returned to being one of Hollywood’s top dogs. Also, Martin Lawrence is back, starring in the movie.

Yesterday, Fox 5 did a telecast on the movie, and it happened again! In the news broadcast, Will Smith, out of all people, was mistaken for another black actor. When they were speaking on Bad Boys For Life, they referred to Will Smith as Eddie Murphy (?), and Martin Lawrence.