Home » Hip Hop News » Allen Iverson talks changing the culture of basketball, his battles with Kobe Bryant and the Lakers, his old coach John Thompson and his death, and the real reason behind his infamous “practice” rant, on “All The Smoke [VIDEO] 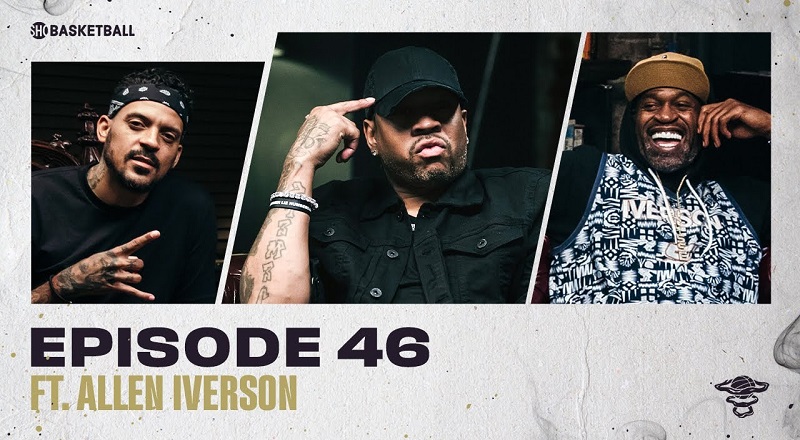 The draft class of 1996 saw some NBA legends enter the league. Much is made of how Kobe Bryant was overlooked and the whole situation with the Hornets trading him to the Lakers. But, Allen Iverson was drafted with the first pick, by the Philadelphia 76ers.

While Allen Iverson never led the Sixers to a championship, he provided memorable moments. After years in the cellar, Allen Iverson made the team relevant, again. In 2001, he led them to the NBA Finals, where they won game one over Kobe and Shaq’s Lakers.

Allen Iverson became one of the NBA’s most-prolific scorers and he molded an entire generation. Iverson is a cultural icon and his impact lives on, to this day. Recently, he sat down with Matt Barnes and Stephen Jackson, for “All The Smoke,” speaking on Kobe and the 2001 Finals, battling the Pacers, Tyronn Lue, “practice” rant, winning MVP, Andre Iguodala, and more.