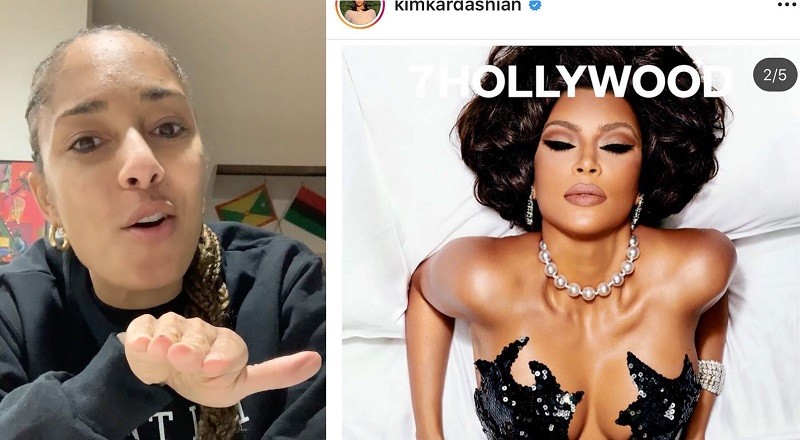 Earlier this afternoon, Kim Kardashian shared her cover for 7Hollywood magazine. Already, Kim K has received flack for her “SQUAD” pics, particularly the one with Naomi Campbell. In that photo, people noticed how much darker, in skin tone, Kim Kardashian was.

Amanda Seales has definitely become a voice in this #MeToo era and she has also received backlash for being too vocal. She has decided to take on this Kim K magazine cover. Already, fans on Twitter have a lot to say about Kim K, and they feel as if Amanda Seales needs to just leave this one alone.

More in Hip Hop News
D Wade causes Twitter to lose its collective sh*t, when he refers to his 11-year-old son as “she” and “her,” and that pronoun is causing some to cancel Dwyane Wade, saying they lost respect for him; Fans defend him for being able to take care of his child and insult others who barely can but are criticizing [VIDEO]
Cuban Doll gets kicked out of Tadoe’s apartment, as his girlfriend, Ari (not G Herbo’s baby mama), throws her stuff out of the house! + Cuban deletes her IG! [PHOTOS + VIDEOS]