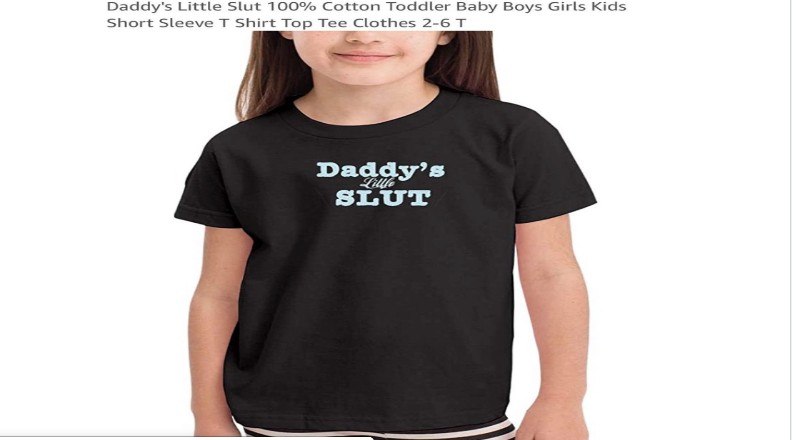 Online retailer Amazon received some backlash after a children’s shirt with the phrase ‘Daddy’s Little Slut’ labeled on it started circulating on social media. The t-shirts were being sold on the site by third-party retailer Onlybabycare. They’ve been available for sale since June 2019, originally priced at $36. At the time of its departure from this retailer’s page, the shirts were going for half the original price at $18. Onlybabycare sold other controversial items such as Taco Bell slogan tees and a hat bearing the words: “Black guns matter”. So to characterize this clothing line as “interesting” would be an understatement.

According to Onlybabycare, the shirts were suitable for several occasions such as “playing outside, birthday party, baby shower, baptism, wedding, baby photography, daily wear, family day.” Given the connotation most associate the term “Daddy’s Little Slut” with, I find that hard to believe. In any case, Amazon removed the shirt from its site this past Friday.

Confirming the removal of the apparel item Amazon released a statement that read, “All sellers must follow our selling guidelines and those who do not will be subject to action including potential removal of their account,” they said. “The product in question is no longer available.”

More in Articles
Suspects Jordyn Jones and Barron Brantley Now in Police Custody After Confessing to Murdering Missing Clark Atlanta University Student, Alexis Crawford
Da Baby Says “Not Me” When It Comes To Rumors That He’s Expecting A Third Child With His Baby Mama Meme [VIDEO]