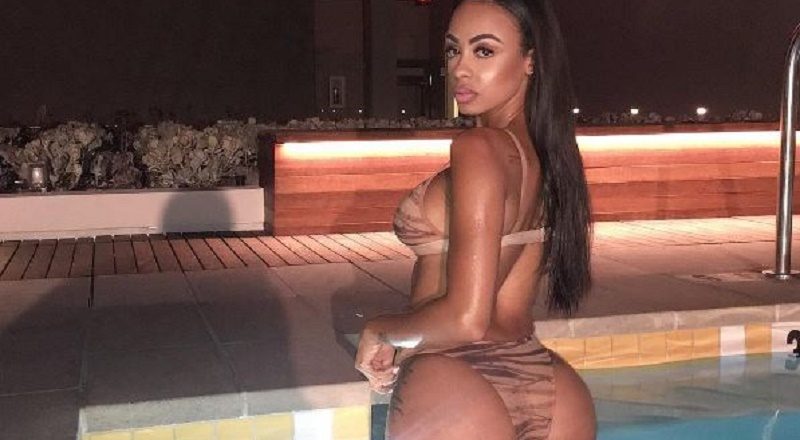 The past few years have seen Ana Montana go from being a pretty girl to a well-known Instagram figure, to a popular woman in the game. This past summer, Ana Montana was involved in rumors with T.I. A lot is said about T.I.’s personal life and Ana Montana’s name came up.

During the summer, Ana Montana became the subject of pregnancy rumors. Of course, many gossip outlets reported that T.I. was the father of her child. Following Ana Montana on Instagram, however, it was hard to see a baby bump.

Ana Montana recently shared a video on Instagram of her getting her stomach tattoo removed. She has the star tattoos and says she is removing them for her followers. With the camera so close to her stomach, Ana Montana indirectly revealed she is not pregnant, which ends all of the T.I. rumors.