Home » Hip Hop News » Anais speaks on her #JerrySpringer appearance, and basically says the whole thing was staged, as the transgender woman she was with is her blood cousin [PHOTO] 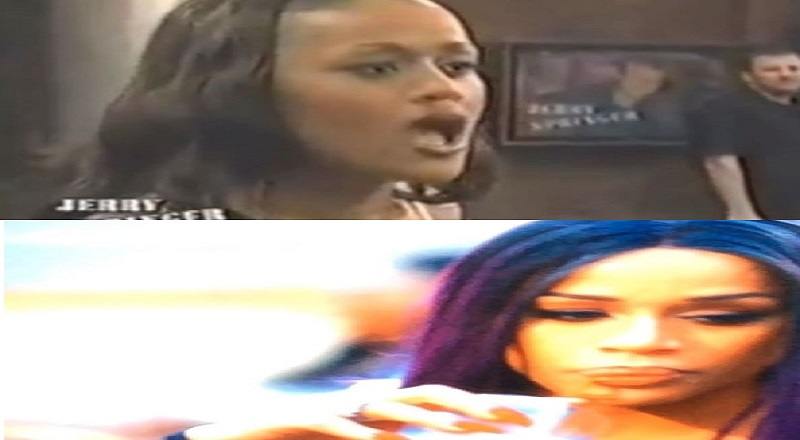 Perhaps the most well-known person on “Love & Hip Hop” season eight is Anais. She is a married woman, who is in the midst of an affair with series veteran, Rich Dollaz. In this past week’s episode, Anais’ husband, Ruben, confronted Rich Dollaz, almost punching him.

Anais has become the “Love & Hip Hop” person that the people love to hate. Because she is so outspoken, a lot of the people have been turned off from her. Some fans were even mean enough to refer to Anais as a “flop,” meaning she has lackluster fan support.

Following this week’s episode, a video clip leaked of Anais, on Jerry Springer, where she confessed to her boyfriend that she was cheating on him with a transgender woman. People were going in on her, for that video clip, so badly that she spoke out. Anais let everybody know the woman was her cousin and it was staged.

More in Hip Hop News
Man shares video of Baltimore hospital leaving a patient on a bus stop with no shoes or clothes in freezing weather (FULL VIDEO INCLUDED) [VIDEO]
XXXTentacion found dead in Miami home at age 19? This tweet is NOT really from Complex, and the whole rumor is a hoax, X is STILL ALIVE