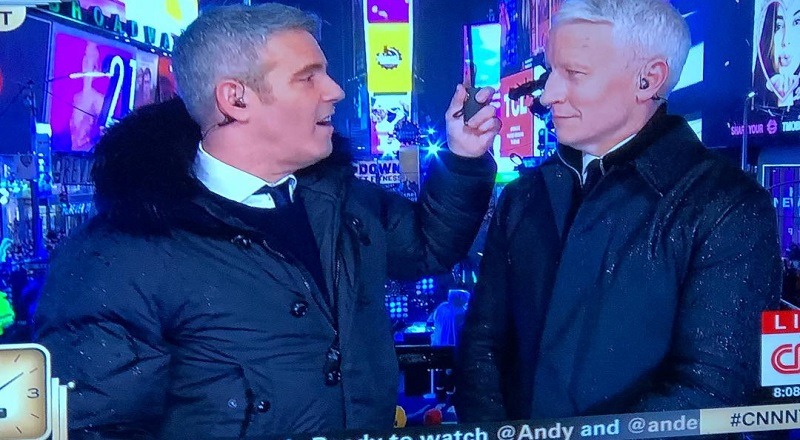 Over the past decade, Andy Cohen has built a strong personal brand, and brought an entire audience to Bravo. His “The Real Housewives” franchise has reinvented reality TV. Several lives, reality TV has lived, but the “Housewives” format is, by far, the most-successful.

Andy Cohen has built himself into a household name, as has CNN anchor, Anderson Cooper. A serious newscaster, he is in stark contrast to Andy Cohen, who is very show-offy and flamboyant. Together, this makes for a hilarious duo to reign in 2019.

Fans on Twitter are already loving the dynamic between Andy and Anderson, as 2019 looms. The fans have had a lot to say about the CNN broadcast. Of course, there are the complainers, but they have a valid point, where are the umbrellas for these guys, it is raining?

Read the “Andy and Anderson” tweets below:

More in Hip Hop News
Meek Mill drives through Miami, rocking the Roc-A-Fella chain that Jay-Z gifted to him, last week [VIDEO]
Chrissy Teigen takes the first L of 2019, gets hit in the face by an umbrella #NBCNYE [VIDEO]