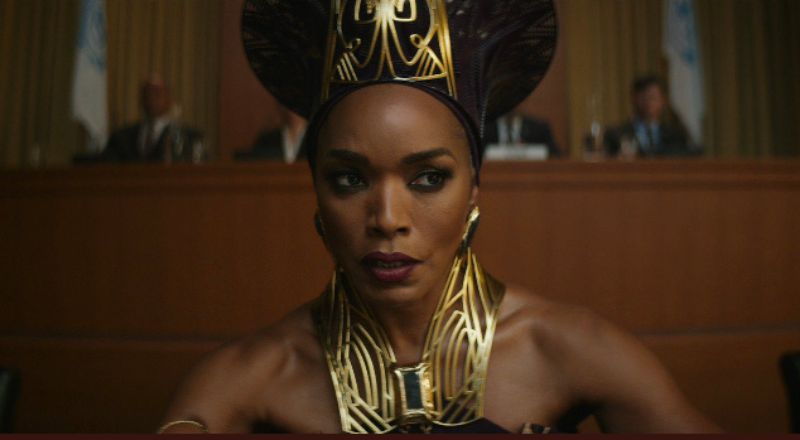 Angela Bassett trends on Twitter for role in Wakanda Forever

Angela Bassett is well overdue for an Oscar and her latest performance proves just that. The highly anticipated sequel Black Panther : Wakanda Forever hit theaters this past weekend, leaving fans speechless. Following the death of the films lead Chadwick Boseman, the sequel had been put on hold. As a trailer was released for the film showing snippets with all of the original cast, fans knew this would be epic. Angela who plays the role of ‘Queen Ramonda,’ blew fans away with what some say an Oscar worthy performance.

Angela Bassett is one of the greatest actresses of all time. The award winning performer has graced our screens for well over 30 years. Some of her most memorable roles were in films like Boyz n The Hood, The Jacksons an American Dream, What’s Love Got to Do with It, How Stella Got Her Groove Back, Malcom X, and countless others. Although praised for her work and a recipient of multiple awards, she has never received an Oscar.

However, her role as ‘Queen “Mother” Ramonda’ in black panther has reminded the world of her amazing talent. Bringing emotion, poise and power to the film, this performance is more than worthy of Oscar talk.

Angela Bassett trends on Twitter for role in Wakanda Forever