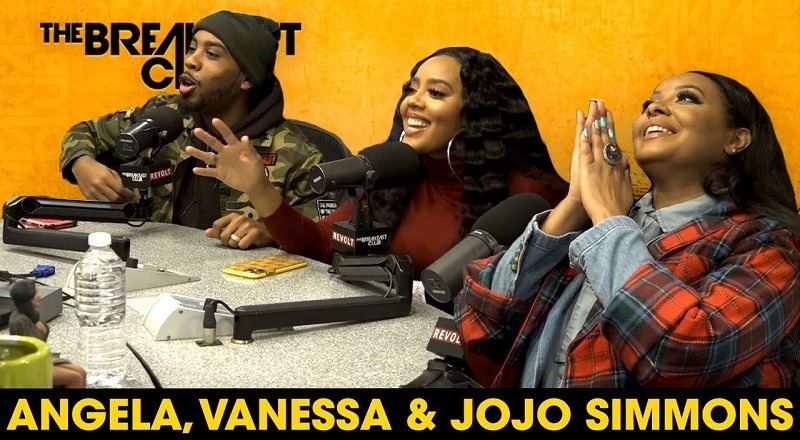 Tomorrow, the original “Growing Up Hip Hop” returns, which means the official return of Angela, Vanessa, and JoJo Simmons. But, those who tuned into “Growing Up Hip Hop New York” already got a full dose of JoJo. Now, they get to see what he and Romeo get into it over.

Since 2016, the world has learned Angela Simmons had another teenage rapper wide open. Another piece to the Romeo/Bow Wow rivalry also includes Angela Simmons. Clearly, Romeo wants to be with her, as he’s put up with a lot, and now he seems done.

Alongside JoJo and Vanessa, Angela Simmons stopped by “The Breakfast Club.” During their interview, the trio spoke with DJ Envy, Angela Yee, and Charlamagne Tha God. The discussion was about childhood beef, love, “Growing Up Hip Hop,” and much more.