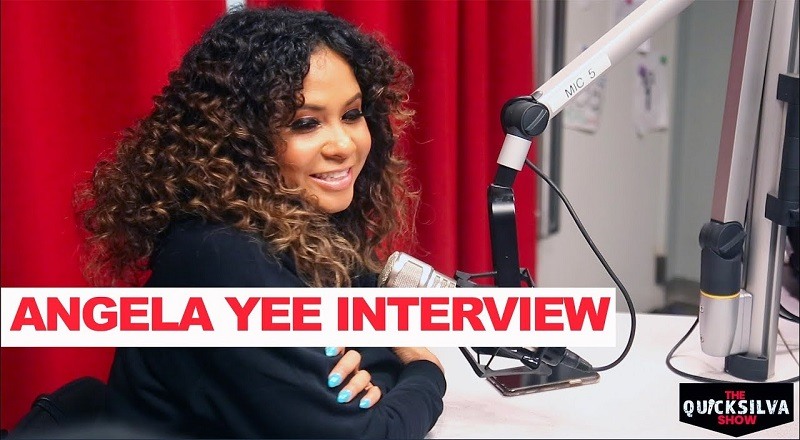 By default of being on “The Breakfast Club,” Angela Yee’s name is in the headlines, daily. But, this Gucci Mane situation, which began on Instagram, has taken a life of its own. Him doing the interview with Charlamagne Tha God has sparked a lot of controversy.

As of recently, the tension appears to have died down, but Angela Yee and Charlamagne Tha God did unfollow each other. Immediately, social media picked up on that, and ran with it. To many, that made it clear there was tension between the co-hosts.

Angela Yee recently went to Washington, DC, where she sat down with DJ Quicksilva. The conversation touched on everything she has going on, but the part the people are concerned with is Charlamagne. She did speak on “Lip Service,” but went into the Gucci/Charlamagne situation, asking them how they would have handled a situation like that.

More in Hip Hop News
Rubi Rose gets dragged by Lexington, Kentucky natives, for saying she grew up as the only black girl, and horses and barefoot comment, and 2013 tweet resurfaces of her in high school with her “black girl squad” + People dig up pics of her barefoot [PHOTO + VIDEO]
Paul Pierce creates viral moment, with him slapping five with Jayson Tatum in Celtics’ win, but Twitter is clowning him over his hair