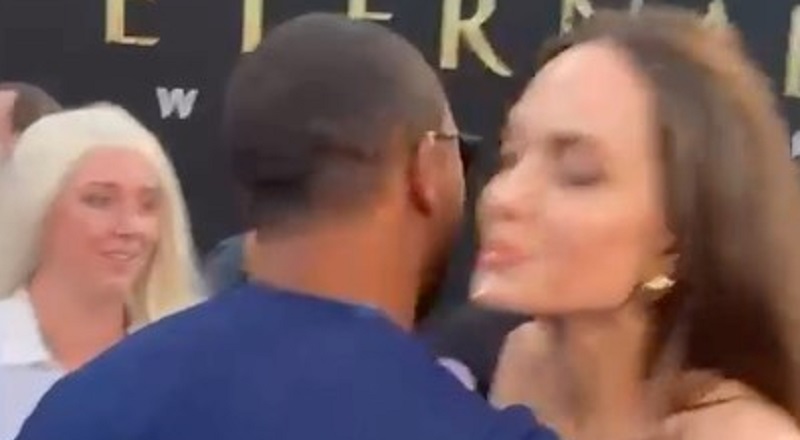 There is always some kind of media speculation. On the Eternals red carpet, Romeo Miller and Angelina Jolie were present. Since she and Brad Pitt broke up, Angelina has remained single, but fans believe that may be changing.

Angelina Jolie has a reputation for always flirting. Early in her career, there were rumors that she actually dated women. Along with this, there were other, wilder, rumors about her, and now there’s Romeo Miller.

On the Eternals red carpet, Romeo Miller was seen talking, and taking pictures. When he saw Angelina Jolie, he gave her a hug. But, how she looked at Romeo, after the hug, has fans thinking Angelina was flirting with him.

Fans say they saw her look him up and down.