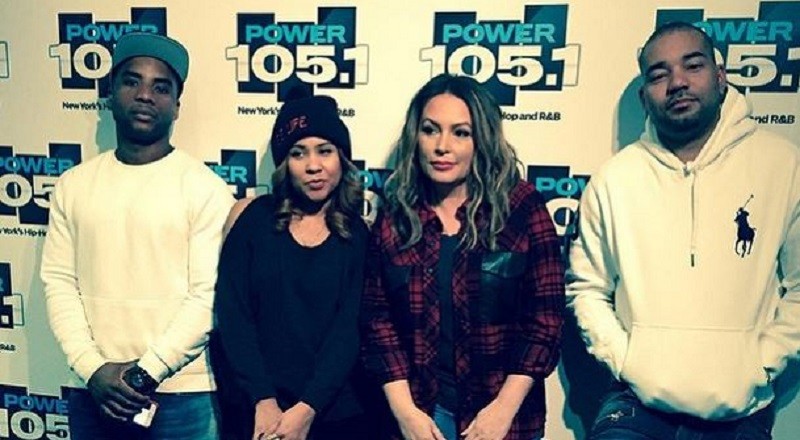 For decades, Angie Martinez has been one of the biggest figures in the radio business. She was a radio personality for Hot 97 for years and appeared on their  VH1 reality show during the early part of this year. While she loved Hot 97, Angie Martinez decided it was time for her to go.

Going for the chance of maximum exposure, Angie Martinez joined Power 105.1, the rival station of Hot 97. When she appeared on “The Breakfast Club,” Angie Martinez seemingly ended the Hot 97/Power 105.1 media wars. During the 2014 Global Spin Awards, DJ Self took a photo with Funkmaster Flex.

Angie Martinez made her return to “The Breakfast Club,” as she is a part of their station, now. In her second official conversation with Charlamagne Tha God, Angela Yee, and DJ Envy, Angie Martinez talked about her recipe book. She also explained why she didn’t perform a the Soul Train Awards with “Ladies Night,” due to the marathon.