Home » Hip Hop News » Anthony Davis and Rajon Rondo own Twitter, after Rondo serves him for a nice alley oop, and then a half court lob for an easy layup, for AD [VIDEO] 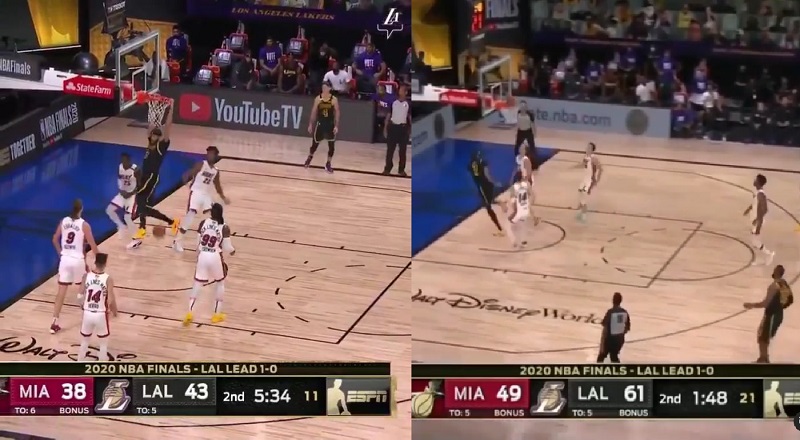 Until the end of the second quarter, the Miami Heat were making Game 2 competitive, against the Lakers. This comes in spite of Jimmy Butler struggling to make shots, with Dwight Howard blocking him. Also, this came with LeBron James abusing Andre Iguodala, on certain plays.

Anthony Davis and Rajon Rondo, late in the second quarter, began abusing the whole Miami Heat. Their show began, with the Lakers nursing a five point lead. As the crew noted Miami staying in the game, Rondo fed AD an alley oop.

Read the tweets about Anthony Davis and Rajon Rondo below: