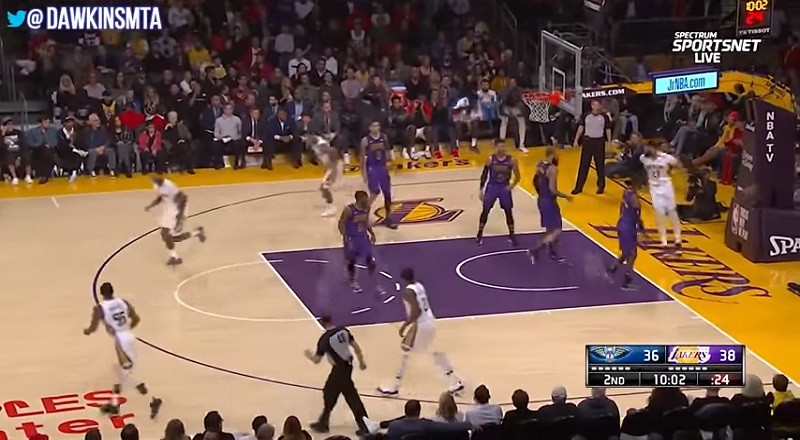 Now, it looks like the Los Angeles Lakers may be contenders. Many people thought last year’s signing of LeBron James would be enough to put the Lakers back on top. The Lakers were in the fourth spot, until the injury to LeBron James.

But, anyone who follows the history of the Lakers know they have a history of bringing in big men, followed by championships. This was the case, with Wilt Chamberlain. That era ended and Kareem Abdul-Jabbar arrived, via Milwaukee, and then Magic Johnson was drafted.

The “Showtime” era waned and then the Lakers signed Shaquille O’Neal, who spurned Orlando, and traded for Kobe Bryant. That era ended and the Lakers traded for Pau Gasol. Now, it is the LeBron era, which began in struggle, but now has Anthony Davis joining him, in exchange for Brandon Ingram, Lonzo Ball, Josh Hart, and three first round draft picks.

More in Hip Hop News
Lil Nas X Reveals Cover Art For “7” EP and Says It Will Be Released on June 21
C Glizzy, popular Florida rapper, was shot in the head, currently in the hospital, and is non responsive, as those close to him ask for prayers #PrayForCGlizzy #CGlizzy