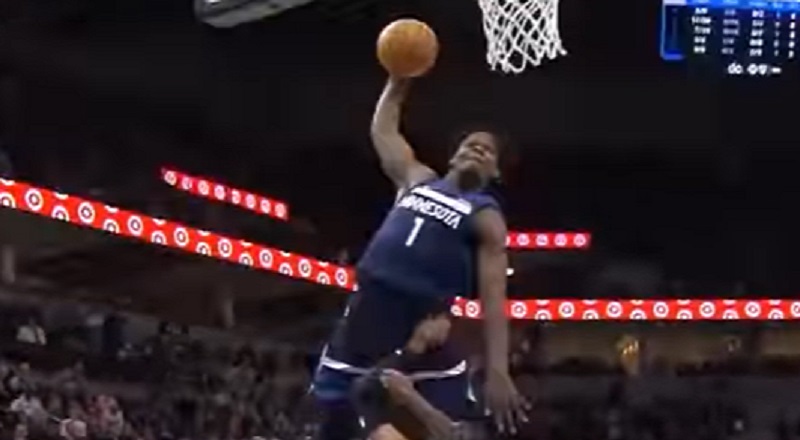 Anthony Edwards was the top pick of the 2020 NBA Draft. Edwards being the number one draft pick meant he always had potential. However, recently some people have said that Edwards could become the greatest player of all-time. All of this has gone out the window in light of Edwards calling some men out of their names.

Anthony Edwards showed flashes of potential, leading the Minnesota Timberwolves to only their second playoff trip in eighteen years. Through the 2021-2022 season, the storylines were the Warriors’ comeback, the Suns’ dominance, the Celtics’ win streak, Ja Morant, and the implosions of the Nets and Lakers. Everything else was overlooked, including Anthony Edwards’ incredible season.

Anthony Edwards and the Minnesota Timberwolves are projected to have a huge 2023 campaign. Some have said Edwards may even become an MVP candidate. As a result, Edwards has a lot of anticipation for the upcoming season. However, Edwards shared a video on his IG Story of himself outside of a nightclub. The video saw Edwards filming some men who were dressed like women. As a result, Edwards called them a homophobic slur. After that, Edwards received backlash. In turn, he made a formal apology on

More in Hip Hop News
Princess Love denies dating married promoter with two kids, who has to turn himself into prison
Cardi B goes to studio with Lil Kim, Swizz Beatz, and A$AP Ferg [VIDEO]