Home » Hip Hop News » Antonio Brown is accused of assaulting a woman after exposing himself by putting his bare bottom in her face, repeatedly 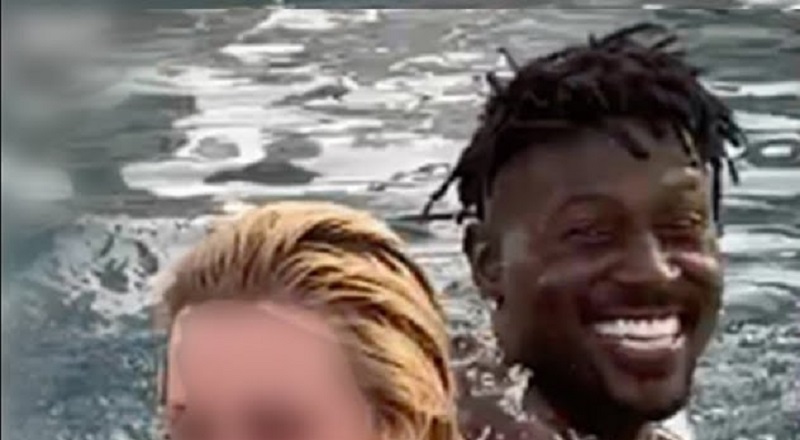 Antonio Brown exposes himself at pool in Dubai

Antonio Brown has gone through his fair share of struggles, over the years. A couple of years ago, Brown went through the issues with his wife. Last year, Antonio Brown walked out in the middle of playing a Sunday game for the Tampa Bay Buccaneers. As a result, Brown became the most scrutinized player in the league.

Antonio Brown landed on his feet, soon joining Kanye West’s company. Not long after joining forces with Ye, Antonio Brown was named the president of DONDA Sports. The intended position was to design athletic clothing. However, due to Kanye West’s ongoing battles with such partners as Adidas, it is unclear if the new products will launch.

Antonio Brown, meanwhile, has found himself in even more controversy. Recently, Brown was partying while in Dubai. The embattled former NFL star ended up exposing himself in front of the woman in the above photo. After removing his clothing, Brown repeatedly placed his bare bottom in her face. As a result, Antonio Brown is now being accused of assaulting the woman. However, the woman does not appear to be bothered, as she is visibly smiling and laughing, despite Brown’s actions.

Antonio Brown exposes himself at pool in Dubai