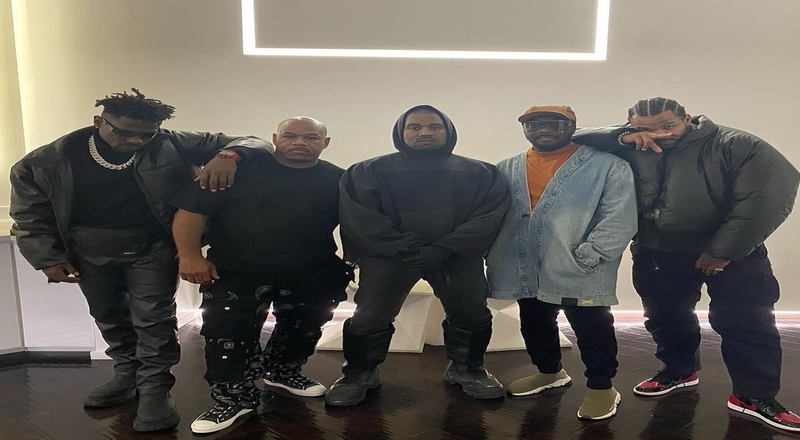 Antonio Brown has been a huge trending topic, over the last week and a half. This is due to him being cut by the Tampa Bay Buccaneers, after refusing to play in their game vs the New York Jets, supposedly due to an injured ankle.

AB has since been spotted with plenty of rappers, as he makes music on the side, as well. AB was in the studio with Fivio Foreign, as the Brooklyn drill rapper played new music for AB. On Monday night, AB also went to dinner with Kanye West and Julia Fox.

On Tuesday night, AB also went to the studio, with plenty of star-studded artists. These included Kanye West, The Game, and will.i.am. Wack 100 was also seen in the photo, as he manages The Game. Over a week ago, AB released his “Pit Not The Palace” single. On Tuesday, he went on to put out the music video for it.

Check out Antonio Brown with Kanye West, The Game, Wack 100, and will.i.am, below.