Home » Hip Hop News » Apple snatched off her own wig and is ready to fight Summer Bunni, in the previews; Twitter says let them do it! #LHHH 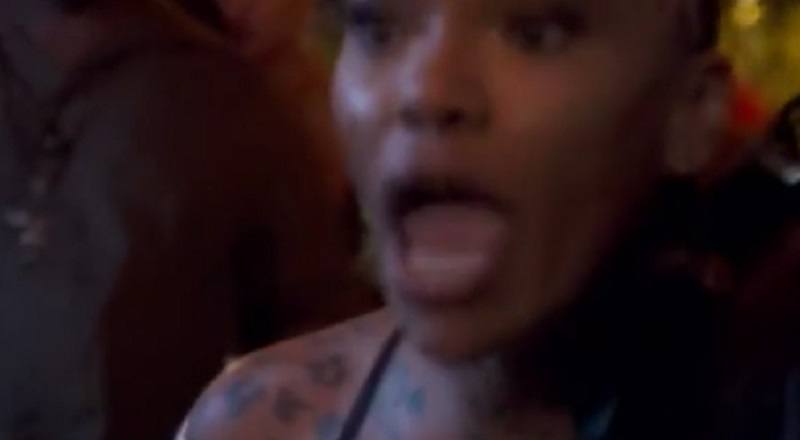 The previews for next week’s “Love & Hip Hop Hollywood” are very much lit! It looks like there will be a few more fights and it looks like the ladies have more action going on than the men. Tonight, A1 got into it with Misster Ray, and that was about it.

Apple Watts, though, is known to turn it up and, somehow, Lyrica’s beef with Summer Bunni has become hers. This is something fans haven’t understood about Apple. At times, they’ve said she’s fought harder for the A1/Lyrica marriage than A1 and Lyrica, themselves.

With the season coming to an end, Yo-Yo is finally relaunching her music career. In typical “Love & Hip Hop” fashion, she is inviting the crew, including major rivals, to the event. Not only does Apple Watts turn it out, trying to get Summer Bunni, she set Twitter off, when she snatched her own wig off to get at her!

Read the tweets about Apple Watts below:

More in Hip Hop News
Misster Ray said a man should not hit a gay man and Twitter calls BS, saying A1 was well within his rights to slap him for talking about his son + He’s still a man #LHHH
Fizz gets trashed for saying J-Boog is not his friend, over Apryl, as fans bring up how he also called Omarion his brother, before saying they’re not friends; Twitter says Fizz lied about both and Boog knows it #LHHH